This is a record of my attempts to bring more to my work than just an eight hour day of
do-nothing. This mindset has caused me great grief over the years. If I had been a normal work-a-day employee I might just go though life satisfied and resigned that work meant work and nothing more. The problem is that back in the day I got into a job that got me off on the wrong foot. Enjoy this 4 part story where I not only go into my main theme but where I do some strolling down memory lane.

After my time at the Water Gardens Place I was moved from that location to an insurance company. Little did I know this would be the best job I ever had. Well, actually I did know it was going to be the best from day one. I just had this feeling. I remember arriving to the new post on my first day. I remember coming into the large lobby, around the large round reception desk to meet with the post leader. He was a black guy named Anthony. He was a nice enough guy and we got on well off the bat. I don’t exactly remember how much longer he was there after that. For some reason I can only really remember him being there that first day. 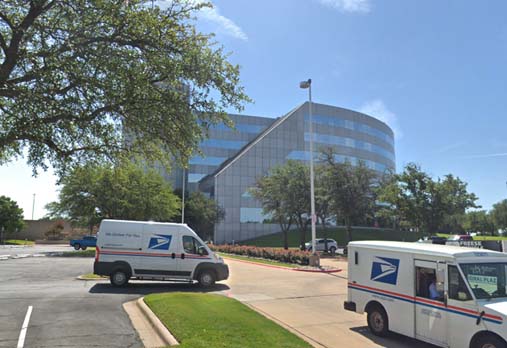 The insurance company was originally an Austin firm that had moved up to Fort Worth several years previous. In the boom of the eighties they had built a seven storey building in Southwest Fort Worth. The company had been bought out by a Japanese firm a few years before I started there (in 1994). They had a few floors and leased the others to several other companies. Unlike Water Gardens Place we had keys to almost everything. I was required to do tours (called rounds) once ever forty five minutes to an hour. Other than that I sat at the nice front desk. This was the life!

Everyone was nice, I was working evening shift, and I saw little of my employer. I soon made in good with the property management and was a valued member of the team. I would work my four to midnight, two nights a week and twelve to twelve on Saturday and Sunday. During my new job I trained a young Asian man that was new to the post. He was very serious that first day. All starched and businesslike. His name was Tuyen. He would eventually become my roommate after the dissolution of his marriage several years later. During this time at this post I read, drew, and generally had a good time. I got along well with everyone there including the day-time front desk phone operator. After a couple of months there I was moved to the day shift and became an operator/security guard. This wasn’t as good as working the evening shift, but it was still fun. After a couple of months I was moved back to evenings and the insurance company decided to have ‘in-house’ security. I was offered the lead officer position by property management and took it gleefully. This was in 1996. This was a great company to work for and things couldn’t be better.

During my time there I tried all sorts of stuff to keep myself occupied (espically on the weekends). I walked all over the place including the roof. I read a lot of books. I drew a lot of comics. I listened to a whole lot of CDs. I worked on my websites and even did some modeling. I usually watched some movies on the weekends as well.

It all started with reading books. I was also taking some classes so I was able to study as well. I then started bringing my boom box and listening to music. I brought all the comics I had drawn with Eric back in high school and actually laminated them with the help of the guys at the print shop that was located on the ground floor. I also drew lots of new ones to add to my collection. When that become old I started working on models. I would build and paint them right there at the main desk. All during this time I would work on my finances as well. At some point I started bringing my computer to work on the weekends. I was able to connect to my provider (back in the olden days of dialup) and I started working on web pages. I spent a lot of time doing that. I also played lots of PC games. I couldn’t tell you how much time I spent on that thing.

I have this theory about computers and work. When you are at work time seems to drag on and on doesn’t it? When you are on a computer doing something fun or useful time seems to fly by, right? Well, I put the two together and WHAM I found a way to make a twelve hour day seem like it lasted only like four hours… honest! I would look up from my gaming (usually Heroes of Might and Magic II or III) and notice that three hours had gone by. I swear it seemed like only an hour or so had passed. It was fantastic!

In 1999 I had the notion to move back into Fort Worth. I found a place at The Hills off Normandale in far West Fort Worth. I was there only a short time when I saw the public access show Sniffles (sniff!) on Channel 46 (Charter’s Public Access station). I emailed the guy at the end of the show and he replied pretty fast. Soon Miguel and I hit it off and we began emailing in earnest. Well, Miguel asks me to call his partner in public access crime Chris McGinty on Chris’ “public access” phone line also known as ‘the pubic domain’. He wants me to leave a message to try to patch things up between them. They had a falling out for some reasons months back. I did and soon I met the interesting character of Chris McGinty. Well to make a long story short (too late) I was really interested in making a show of my own (or being on Miguel’s).

At this time things at the insurance company were going… not so good. The company lost lots of money on bad claims or something and was looking to sell out to another insurance company. We all got our notices soon as well as a nice severance package (was able to pay off my Escort). As a security guard I got to stay on, just switching companies a few time during all this. So the insurance company started selling off stuff and I made a few great steals on furniture as well as a video camera. It was crappy but I took it around the building and filmed stuff with my free time.
I moved in late 1999 closer to Fort Worth to a small guest house off of Collinwood, near Camp Bowie. After a few more company changes at work in 2000 I just couldn’t pay the bills in Fort Worth anymore so I moved out to Joshua and took up residence in my brother’s old home. Rent was free for a time while I did repairs to the mobile home. Through all this companies changed hands again and again and automated security was installed at work so we were without jobs. At the time I was kinda glad since I had been doing it for almost seven years and was feeling bored and burnt out.

Cold reality soon hit and almost every day since I have longed to be back at the big comfy desk doing all the stuff I used to do and getting paid to do it. The point of the all this activity I got accomplished at that insurance company is that I got everything I wanted to done at work. All the stuff you feel rushed to do when you get home was getting done at work. I would get off work and I could spend my free time doing even more fun and useful stuff. This was the best thing, but it would lead to misery in any future job I would have. No job could (or would) ever match my wonderful job there.

Join me next time as I enter back into the cog of society and get some rude awakenings.