It’s about time I finally got around to seeing this. I am really bad at not going to the movies or even getting movies when they first come out on DVD. I got rid of my Netflix account when we moved back from Fort Worth (since we got Dish) so my movie watching has really been lagging behind. I often rely on my mom (who buys movies on DVD like there is no tomorrow) for my new movie watching.

So Zombieland is this ‘light hearted’ look at the results of a zombie apocalypse. That dude who looks like that other dude stars in the movie along with Woody Harrleson and two actress chicks. 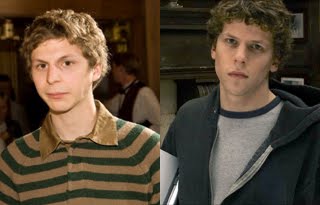 The movie is about a cross country trip in a land full of zombies. I have never seen the reason for the whole ‘zombies are cool’ pop culture thing. The movie is funny and the effects are pretty good.

Wow. That’s about all I have to say about it. It focuses on the character interaction so that always makes me a little happier about anything. The zombies pretty much take a back seat to whats going on.

I won’t go into the huge mistakes the female character make towards the end of the move by turning on all the lights at an amusement park (thus attracting tons of zombies)… ok I will. What the heck? These characters have seen NO ONE (with the exception of Bill Murray) all across the country so that tells us these girls must be pretty smart when it comes to surviving in this zombie filled world. Why o why would they do something so stupid like turning on everything at an amusement park?

What about the power? Why is everything still working all across the nation with no one alive to run it? Oh well…

I still enjoyed it and will probably borrow the sequel from my mom when it comes out on DVD (oh yeah, I’m sure there will be a sequel).