I am sure you have read about me trying to sell my house for a couple of years now. Technically we did sell it (twice) but the financing for the buyers fell though both times (in 2009 and in 2010).

One of the bi issues for me was the leveling of the house. It has always been dubious (but only just so). There are two additions that were added after the mobile home was bought by the original owners. The man who did it wasn’t a professional carpenter and it shows. He didn’t do a good job with the piers and beams so the house suffered. It was also built on an incline with no drainage so that just set the property up for disaster.

As anyone who has EVER had to deal with foundation issues (cracks in walls, around door frames, etc) you will know that it all comes down to how wet or dry the ground around and under your house is. Well my house (with the addition sitting on a slope) has been moving up and down for years now. As the ground gets wet under the house the dirt swells and that raises the piers. As the ground gets dried out, the house sinks as the dirt returns to its original postition.

Walking in my house (in the additions) have always been an adventure in balance. You are walking along and suddenly you are going up or down. At certian points you can actually see the slant in the floor.

Back in 2007 I tried to get my house leveled so I hired a mobile home moving company that also leveled mobile homes to come out. This was out $500 and they did very little work for that amount of money. They basically refused to touch the additions because it was actually going be hard work.

So a few years later I tried one or two times to level that part of the house myself with not much myself. I could do this sort of work, but I could never get it right. I started looking in 2010 for companies that did house leveling and finally got a couple of companies to come out and give me estimates. One company (a real house foundation company) estimated nearly $3,000 just to do the irrigation (the main issue in a house with my issues). The next guy I got out gave me a good price to do the leveling, irrigation, add proper tiedowns (something you have to have to sell a mobile home), and skirting. The skirting was in really bad shape and let in any old animals to tear up my insulation.

I agreed and they came out and started tearing up stuff. It took them six days total but it finally got finished. I am not 100% happy with the leveling but I doubt anyone can get it right (with so many variables). The skirting looks great and the irrigation should help with the further movement of the house.

This has been a six year search to get all this stuff done but it is finally done! Now I have a few other things to get done but I can rest assure that if and when we ever decided to sell we can confidently rely on the foundation, skirting, irrigation, and tiedowns. 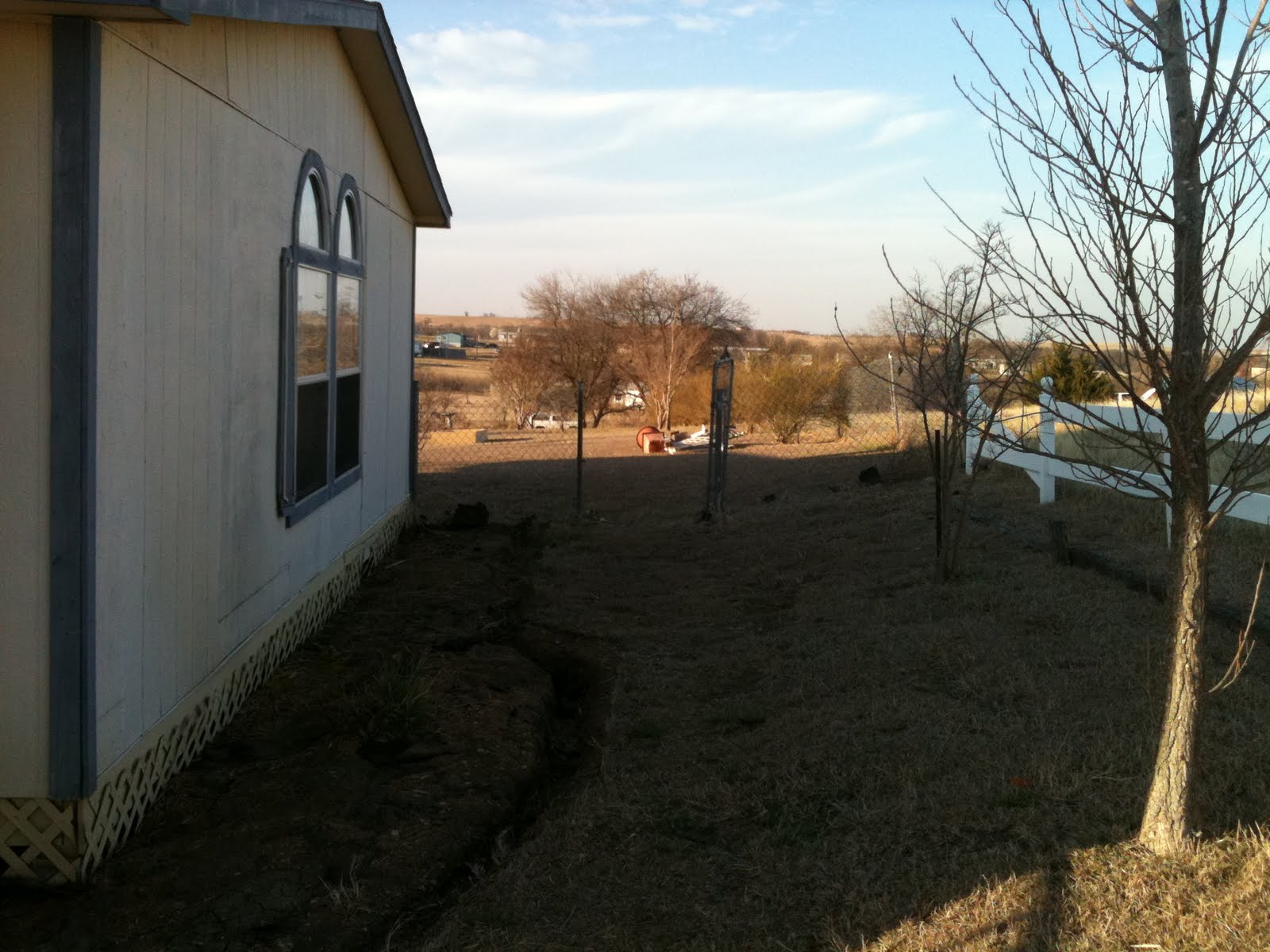