So my mom has this house. It’s in Joshua and we have owned it (I am part owner) since 1995. About five years ago a guy moved in who was a buddy of my step dad. He moved out about three weeks ago now. Well I say moved out… more like jumped out. My mom hadn’t heard from the guy for more than a week and got suspicious. She went by the house and lo and behold it was abandoned. This guy stiffed her for about $500.00. We didn’t have any paperwork on the guy since he was my step dad’s friend so we basically had to take the loss.

When we went into the house we found a fridge and some other smaller items still about. The power had been off for who knows how long but there was still stuff in the fridge and it stunk! After we changed the locks I sent a text to him and his wife letting him know I moved all the smaller stuff onto the front porch and if he wanted the fridge and window AC unit he could call me and I would help him get it. We went back a week later and he took the smaller stuff off the front porch and broke into the house and took the fridge and AC unit. The windows are very crappy so all you have to do is raise one to get it…

Glad he was gone my mom and I had to come to a decision about the house. It was a wreck. This guy was a handy man and had made many… MANY changes to the house. He knocked out the wall between the living room and kitchen, moved the cabinets, sink, oven, and resurfaced almost every wall in the house. That would have been great if he would have actually finished the jobs he started. Most of it was just left half done. The skirting around it (it’s a mobile home) was mostly gone and there was no end to plumbing issues. The decision we needed to come to was weather to keep it or not. It might have been just as cost effective to have it demolished and kept the land empty (it’s about a quarter to half an acre). 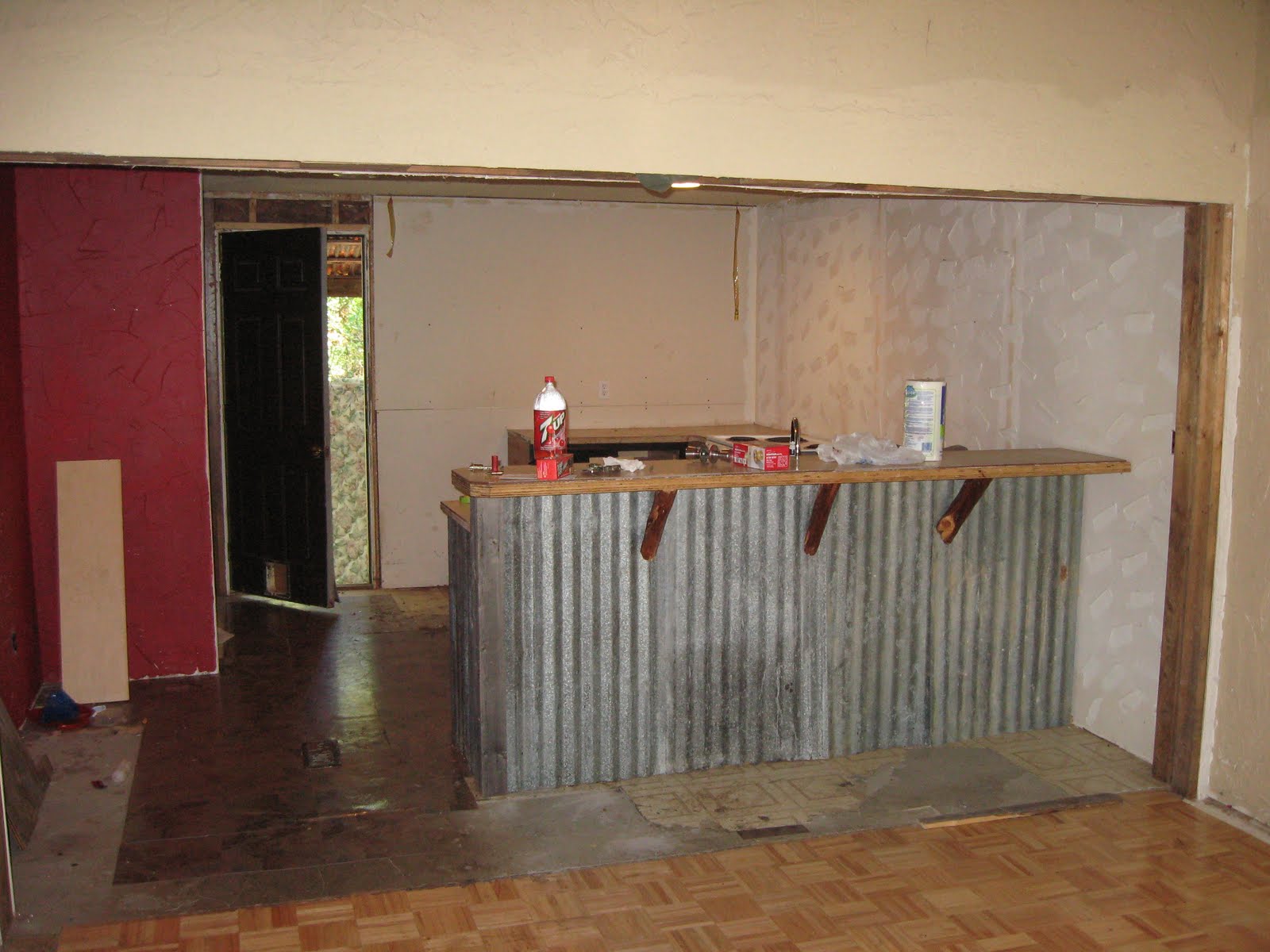 It used to NOT look like this. There was a wall there and a door to the far right…

In the end I convinced her that it would be better to spend a few thousand to fix it back up and rent it out. That way she could make money off it and I would do all the legwork with the landlord side of things. It wasn’t going to cost that much since I was going to be doing all the repairs myself (with some help from the Father-in-law).

This blog is the first of many about all the work I will be doing to the place. After a minor bit of cleaning and screwing down the windows I will begin work in earnest. This is the sort of challenge I like and I hope you might find it a bit interesting.