Today I am going to write about my experience at the Texas Comicon which takes place in San Antonio Texas. This year’s convention took place this last weekend and I attended, selling my model kits from RenegadeAnime.com.

I will start with this very detailed account with the beginning of all my convention sign ups. Back in January I started looking for conventions to attend to sell my products. The point of this was to be able to shift a lot of stuff and sell on Ebay as a secondary means of selling. I could sell the product at conventions at a greater discount in order to rotate out stock and see what sold best. When the first convention came around in late January my stuff didn’t sell so well. This was the ‘Women of Sci-fi’ convention at the Plano Convention Center. I wrote about it back here. This convention experience made me rethink my pricing at conventions and when the next convention rolled around (not including the crappy toy show) in May it was a much bigger deal. Of course this could have been because of the much larger venue or the fact that I really cut my prices. I basically decided that I would sell the model kits at 50% off what I charge online. In many cases this brought me within a dollar of the actual cost of the item. Sure the profit margin is low but getting a lot of sales means that I can make more contacts, pass out more business cards, and make people generally aware of the business. It also allows me to make more orders with my vendor in Japan, increasing my visibility and discount with them.

Anyway I made the table reservation in January for the June convention with high hopes. Since this convention had a few big names at it I was hoping for a Dallas Comicon down in San Antonio. Brent Spiner (Data from Star Trek) as well as Margo Kitter, Cindy Morgan (she was in the original Tron), as well as about six otehr celebrities and a whole host of comic artists were in attendance.

With about a month to go and after the high of the May Dallas Comicon I decided to go ahead and get a second table at the convention. They were only $100 each (as opposed to $180 in Dallas) and I knew that I could get ALL my stuff out on display and be pretty visible. About two weeks before the convention I noticed that on their site they listed the table numbers next to the vendor’s name and my listing only had the one table listed. I emailed the person in charge and after a couple of days they got it fixed. If it would have turned out that they would have sold out (after taking my money) I was about to cancel the whole deal.

About a week out I finally got a hotel room. The Comicon’s website had a list of suggested hotels but they weren’t all that good on deals. They were mostly near SeaWorld so their rates were higher. I got on Hotels.com and got a room for 2 nights at a Red Roof Inn for about $62 a night which was decent.

On Thursday before (the convention was on Friday, Saturday, and Sunday) we headed out to San Antonio after work. I wanted to stay the night on Thursday night so we didn’t have to head out at some insane time on Friday morning to make it there in time for the shows start (noon). We hit bad traffic near downtown Fort Worth during rush hour and that was about all. Austin was pretty clear by the time we passed through. We finally arrived at the hotel at about 10:30pm and turned in pretty quick. 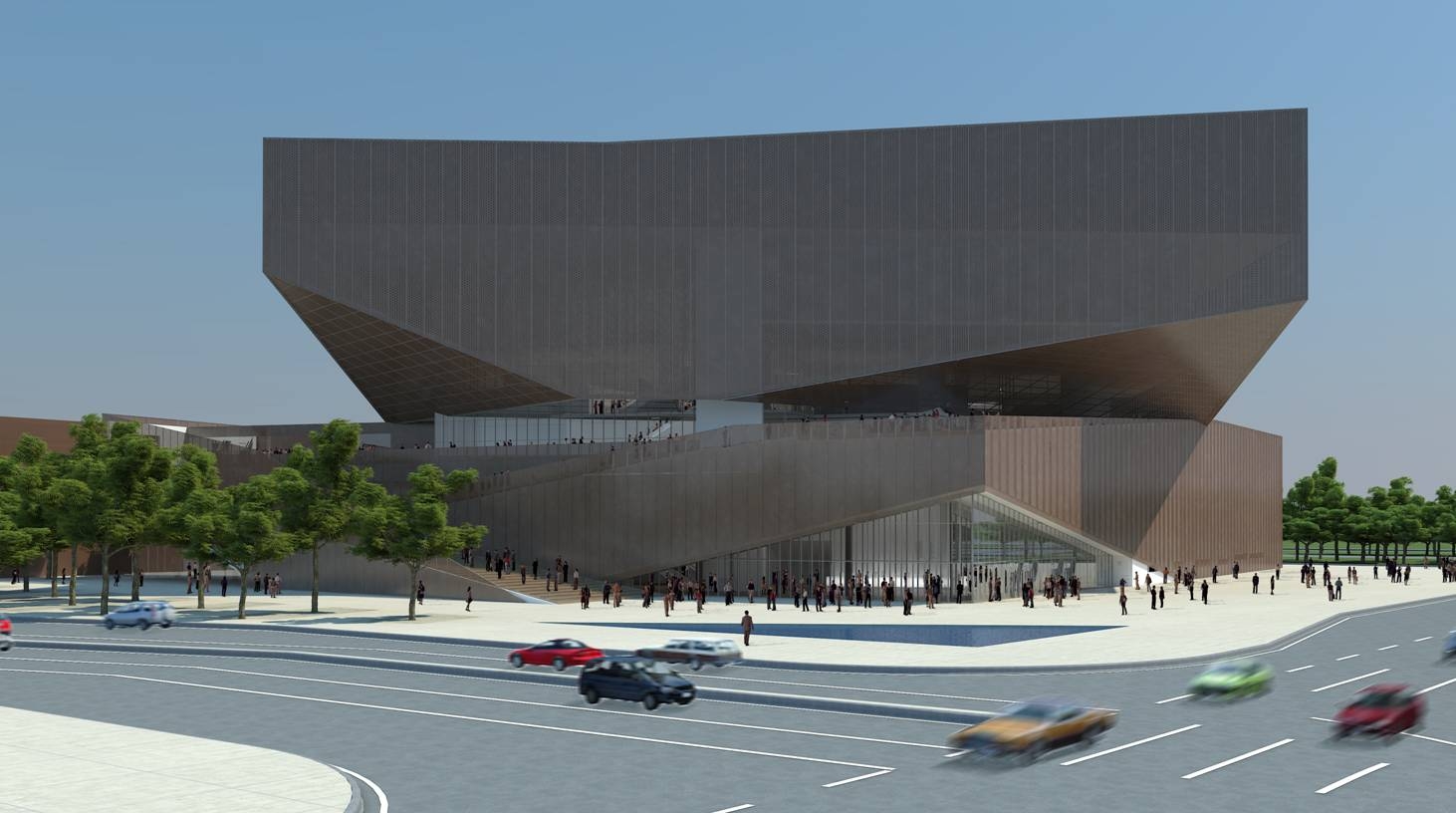 NOT the San Antonio Event Center

Well, I get inside and find that the map on their website of where the tables are at are wrong. My 2 tables are infact separated by a fire exit… a very wide fire exit. I asked to see if I could swap with someone to get my tables side by side but the old fart next to me didn’t want to do it. Needless to say I was doing a lot of back and forth during the convention. My wife went with me but I still had to answer a lot of questions that she didn’t know so I was constantly moving. I got everything set up with a little room to spare so we were good to go… let the masses in!

As the first day started the doors opened and a trickle of people came it. It was VERY slow. So slow that there was often no one at the celebrities tables and they would get up and walk around. I questioned why you would even have one of these on a Friday. People work for a living you know…

That’s all for today… Awwww man! I didn’t even get started! Well, you will just have to wait for part 2.