Welcome to the next part of this snore-o-rama of do-it-yourselfness. Look people, we have a goal of having a post for every day of 2011, so sometimes you just run out of ideas and have to dig deep. This is an example of that. I have found that the best material to get blog  posts out of are real life experience, and this is an ongoing one, so deal with it!

So I arrived a little early this particular Saturday to work on my mom’s rent house. As you know by now, the former tenants ripped this place to shreds. I have been working to get it in a livable condition, so we can make some money on it.

First thing I did was to try a clever idea I had about filling in the gaps between the ceiling and the walls. This sort of thing is usually covered up by trim but it would just cost that much more to buy that much trim. My solution is to just put caulk but the gap is too big. The former tenant did a lot of ‘repairs’ and ‘upgrades,’ and one of those was to put new wall board up which didn’t come close to the ceiling. I decided that I would need to use spackle (or mud as it is called) to fill in that gap. I was having issues doing that last week since you can’t get a mud knife (like a spatula) up there in that crevice, so I got clever and decided to use the pastry bag method. I used a baggie, filled it with mud, cut one of the ends, and squeezed the mud out into the gap. This sorta worked but it was messy. I got the gap filled. Once it dries, I will paint and all will blend nicely.

I then started on that horrible looking kitchen wall (above the stove). There were these mounds of spackle that were all over it in no particular pattern. It looks like he was planning to build up a thick texture on the wall. Here is what it looks like: 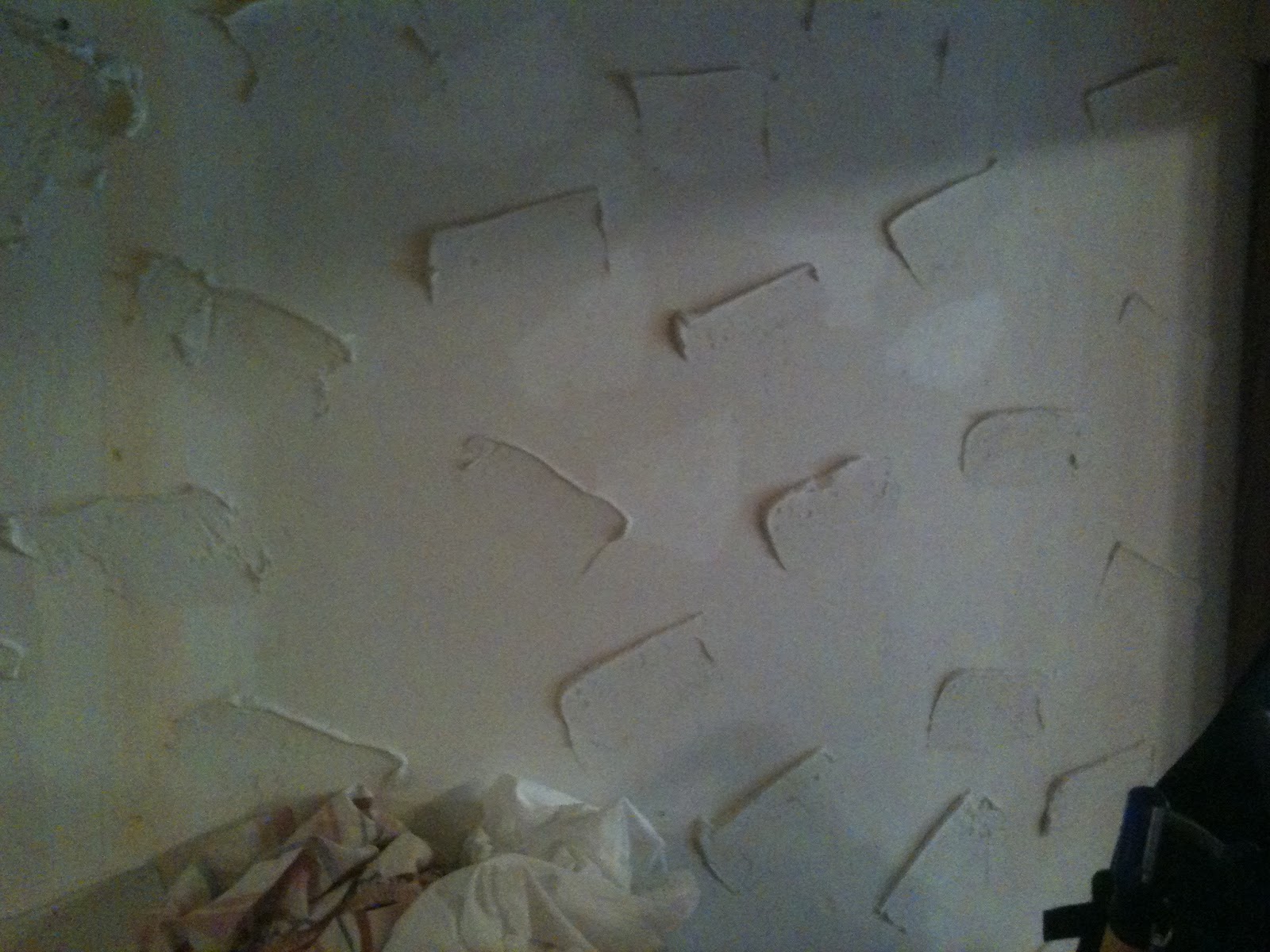 Yikes!
So I had the option of sanding it down (which was going to be a BIG MESS) or going along with this plan and just spackle the crap out of it all. I went with the spackle/texture plan… Here is some of the wall as I did some more of the texture build up: 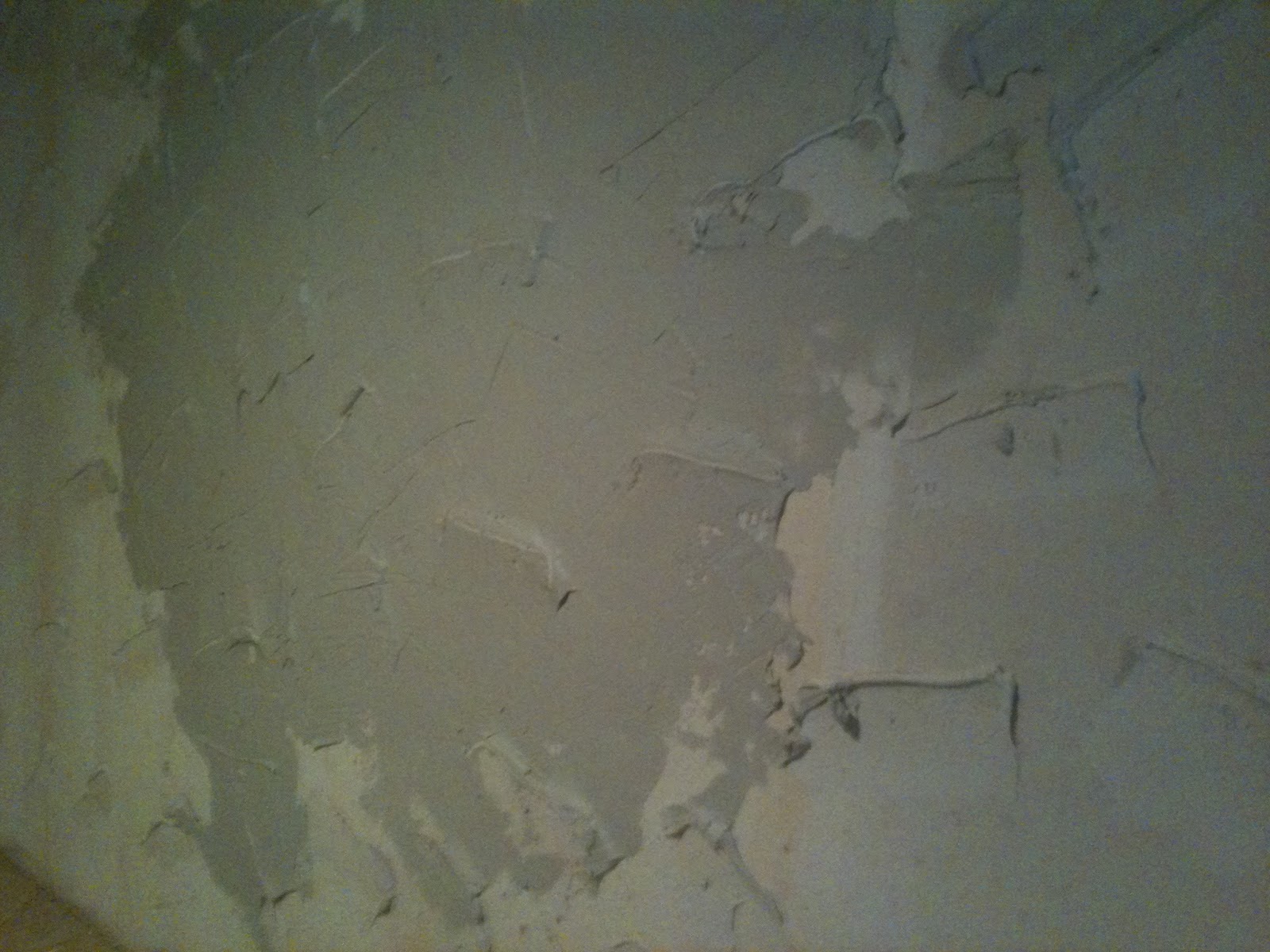 You can’t tell much from this picture, but basically, I am slopping more and more of the texture on there to make a somewhat flat but heavily textured wall.
After that, I painted in the hallway. I just did some white paint in there, as I intend to do all over the house. I had to put a couple of coats on since the tan color was kind of dark.
I also finished filling the gap in the bedroom, where I replaced part of the floor. I used some wood filler (which dries very hard) and will need to sand it down to get a smooth finish. Here is that picture: 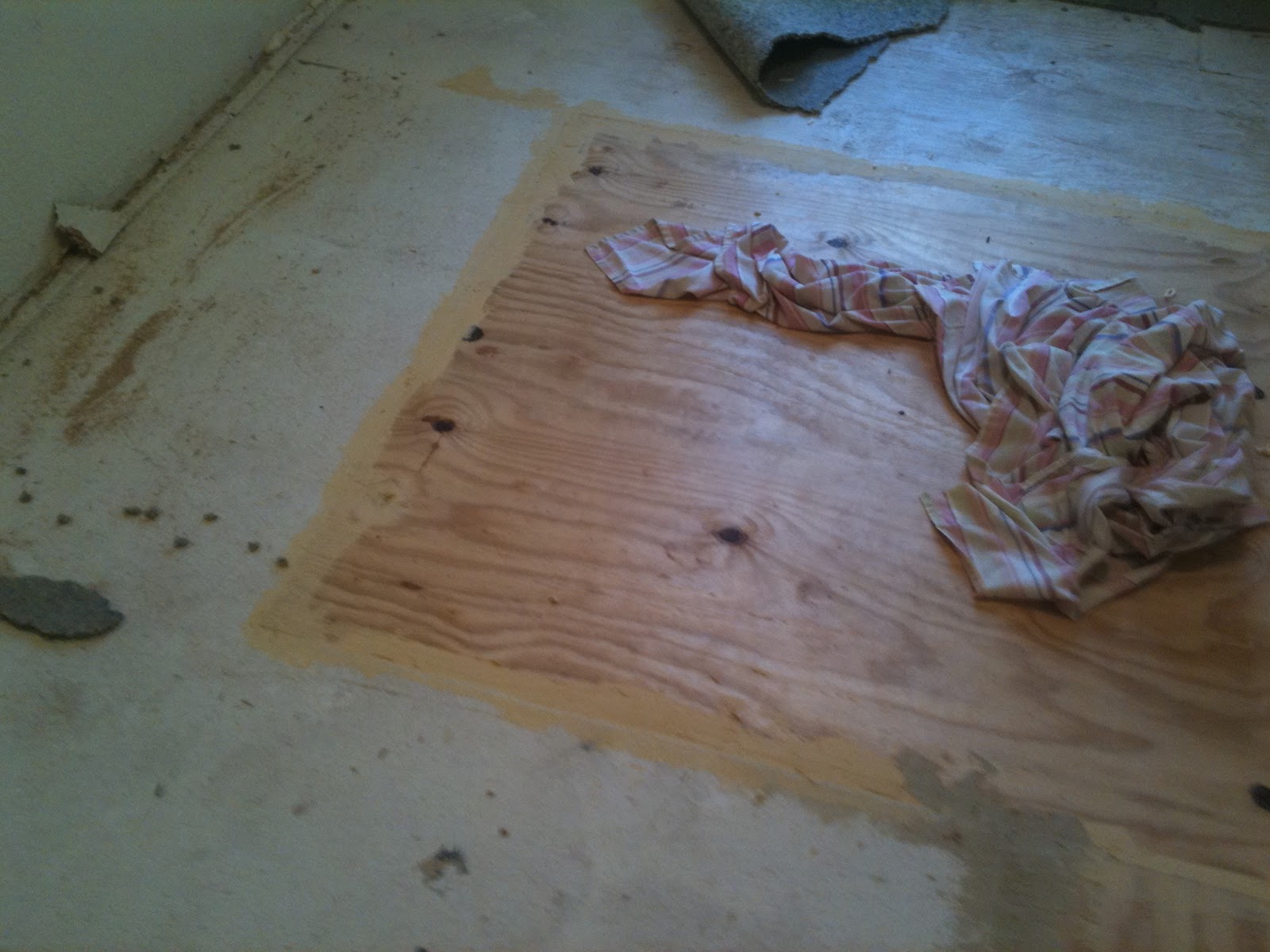 It doesn’t seem like much, but it was quite a bit (just in little parts). I also used another bottle of caulking in the living room to seal some gaps in the wall and ceiling. Next weekend, I am going to work on the kitchen wall some more, and maybe start some painting in the living room.