This is the 10th part of my series on renovating my mother’s rent home in Joshua. The previous renters really tore the place up and it is up to me to get it ready again. Most renters have to sign a contact but the people who lived there were friends of my late step dad and never did. He did a lot of modification to the house but he never finished ANY of it. It has been about five months now and I have been going down there for a couple of hours each Saturday to work on the place.
Week before last I stocked up on some paint and headed back down to Joshua. Painting is one of the most useful things you can do to help something drab and run down look great again. I got some real white paint (not base coat for color mixing) as well as a can of green and dark brown for the house. The white paint was for the master bedroom, the green for the smaller bedroom, and the dark brown was for the bathroom.

I started with the white paint. It is so much better than the white base paint but it wasn’t as fantastic as I thought it would be (not at $25 a can at least). I had to work at getting it on the wall since the walls are textured. It took a lot of rolling to get it covered well. I used the whole can and only got the master bed room done. I was hoping I would be able to get the white walls in the smaller bedroom done too but there wasn’t enough. 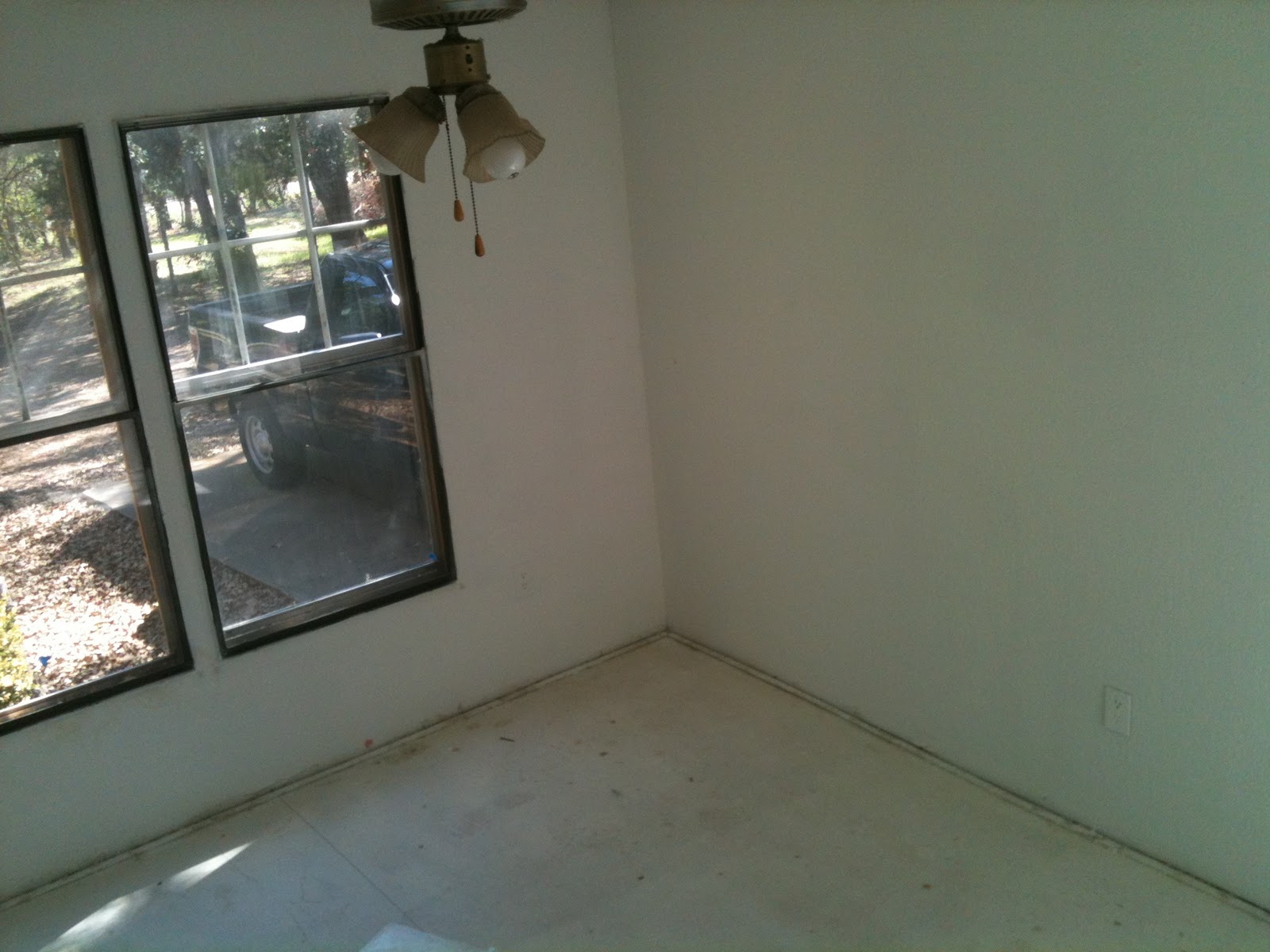 After that I broken open the green paint. Half of the bathroom and 2 of the walls of the smaller bedroom had this green paint but I couldn’t get a paint chip large enough to direct color match. Instead I took the small chip I had and matched it by eye with the Lowes color swatches. I got a shade that is close enough, maybe a tad bit darker but close enough. I started painting over the existing green with the new green and wow… that is some great paint. Once coat and poof, it looks great! This is how all paint should go on. It was quick and easy. I will need to go back and do the edges but man it was easy!

One of the issues I had to decided about was the red paint in the living room and kitchen. I couldn’t get a color match for less than $35 a gallon since it was such a dark color of red. I decided that since the green went on so well I would just paint the red walls green instead. I did the wall in the kitchen to get a feel for how it would look and took a few pics to show people who know if it matches all the other colors. 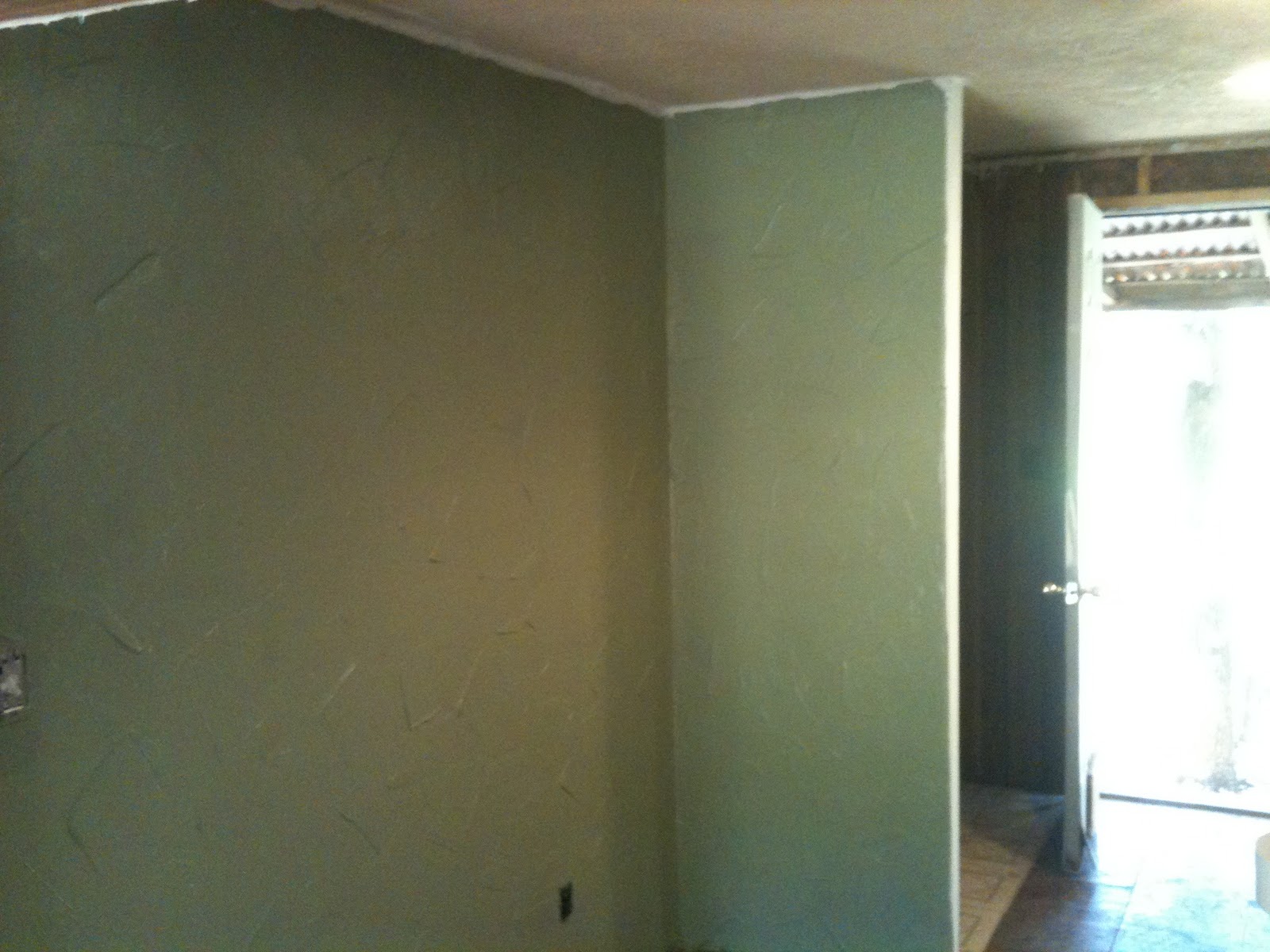 All this painting took a few hours so I didn’t continue on to the bathroom’s dark brown paint this time. I think I need to paint the ceiling of the restroom first in case there is any spillage then I can paint the walls (the green and dark brown). That means I will need some more white paint before I head down there next.