Today’s post is about the carpet and linoleum I got installed and the trials and tribulations in getting it. Back towards the first of the month my wife and I went to The Home Depot to order carpet and linoleum for our living room, dining, and a small bedroom. We found what we wanted, got a Home Depot card so we could finance it and made the order. The cute girl that helped is said that we were lucky since it was the LAST day to make pre-Christmas installation. We made the order and waited.

The installers called to schedule a day and at first he said that they couldn’t install the carpet before the 29th. I told him to forget the whole thing and he quickly changed his tune and ‘found’ an install date on the 21st. It was running really close to Christmas but at least it would be before the happy day.

The day arrived and our installers showed up (speaking so little English I actually did have trouble understanding what he was saying). At first he said they didn’t have enough carpet. I quickly saw though the installers misunderstanding and pointed out that the living/dining area would have a combination of carpet and linoleum. It took ME, a no-body to point out the facts on his diagrams and worksheets… sheesh. 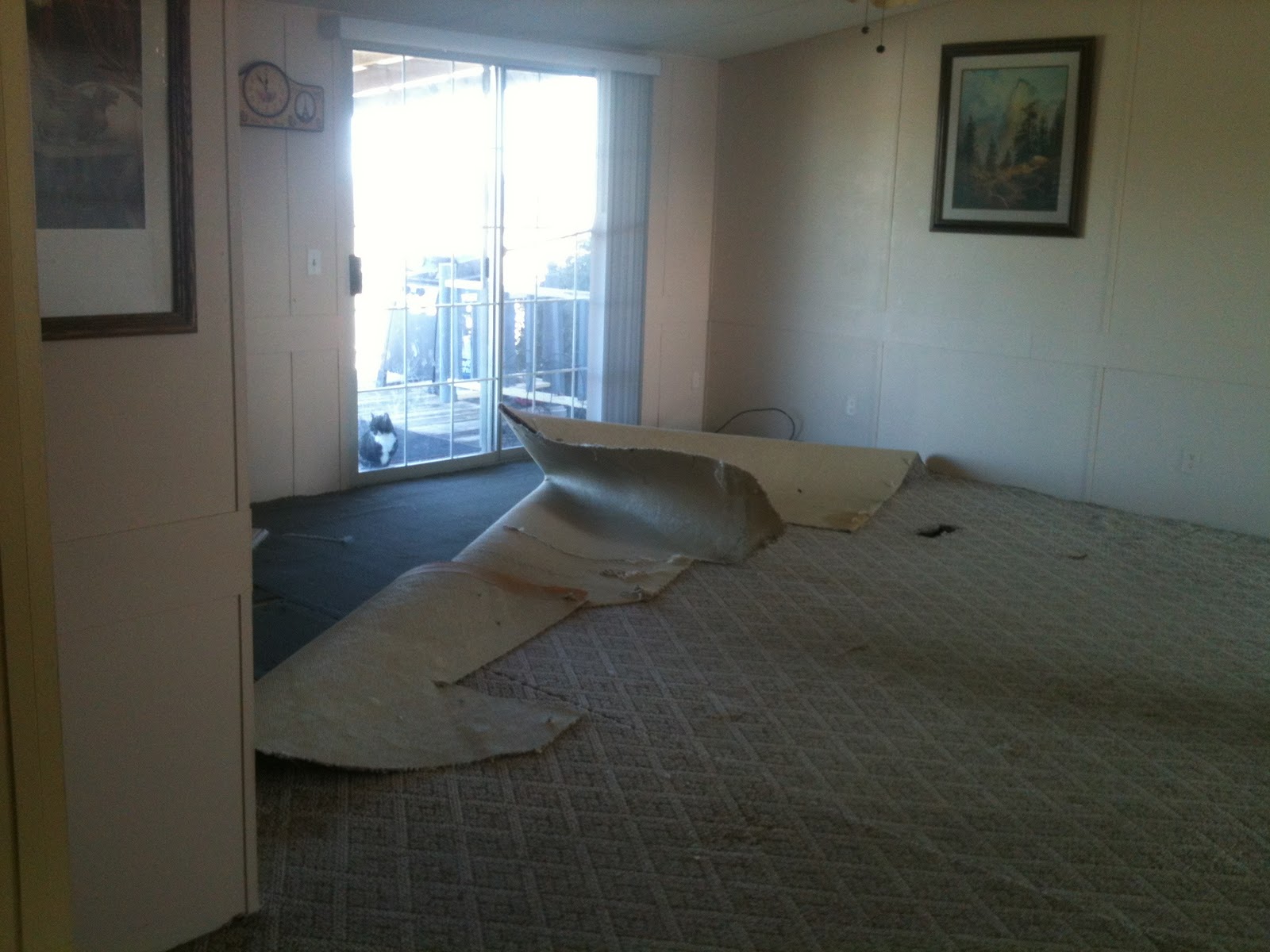 They got the work done in only about 4 hours or so. The two guys worked fairly quickly and dealt with the crappy job that the previous owner did putting his own carpet in (complete with visible seam, see pic above). After they pulled up some of the old carpet I could see the slap-dash job the previous owner did including this truly fantastic job at carpet padding. 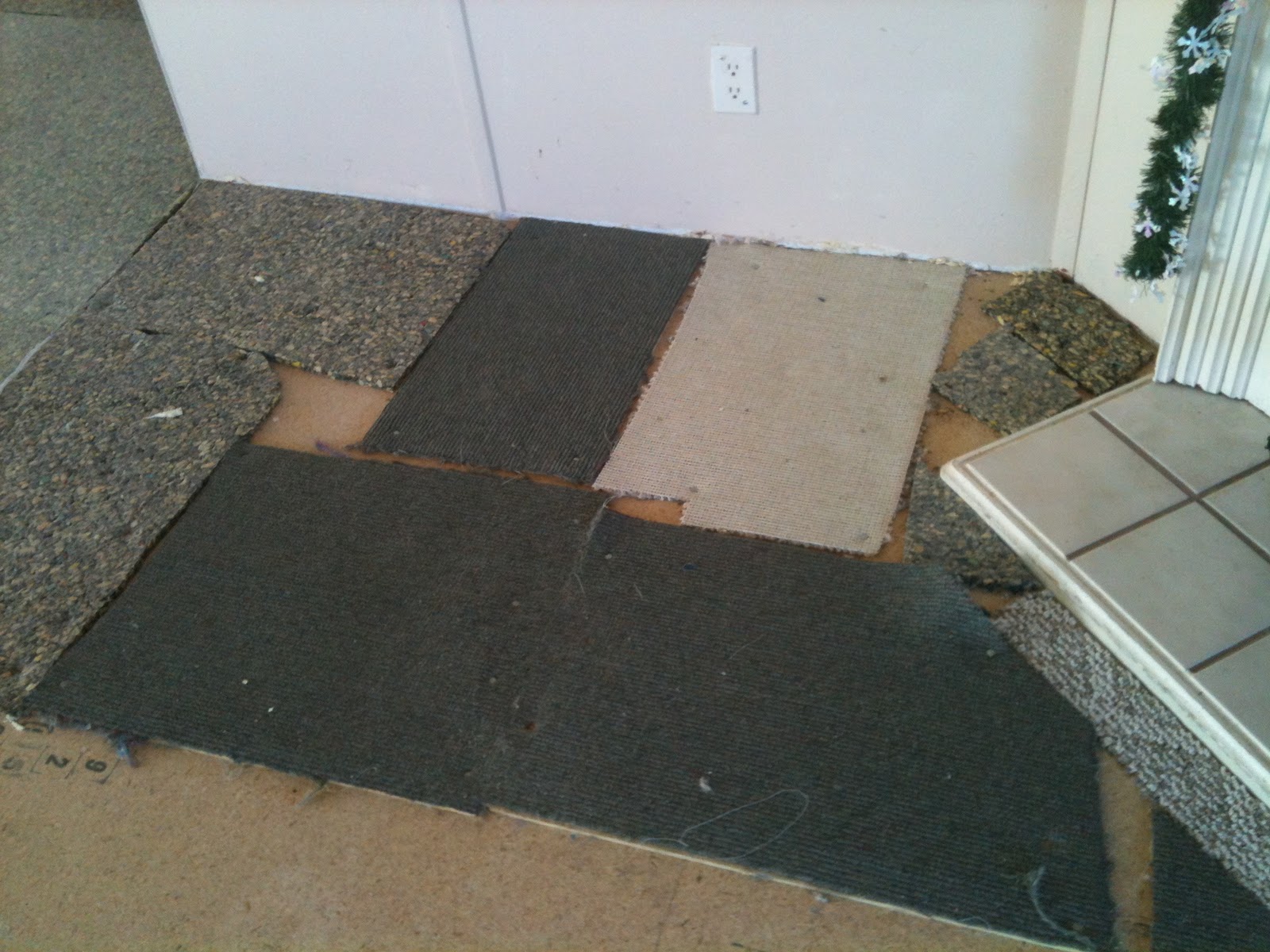 Yes, the was another carpet under the carpet. I guess he got a better deal or had some carpet lying around so to save money on padding he used a 2nd carpet. Sheesh.

After they got done it looked great except the big uncarpeted area in the living area where the linoleum guy would come and work on the next day (Dec 22nd). After the carpet guys left I put the furniture back and enjoyed the new carpet. 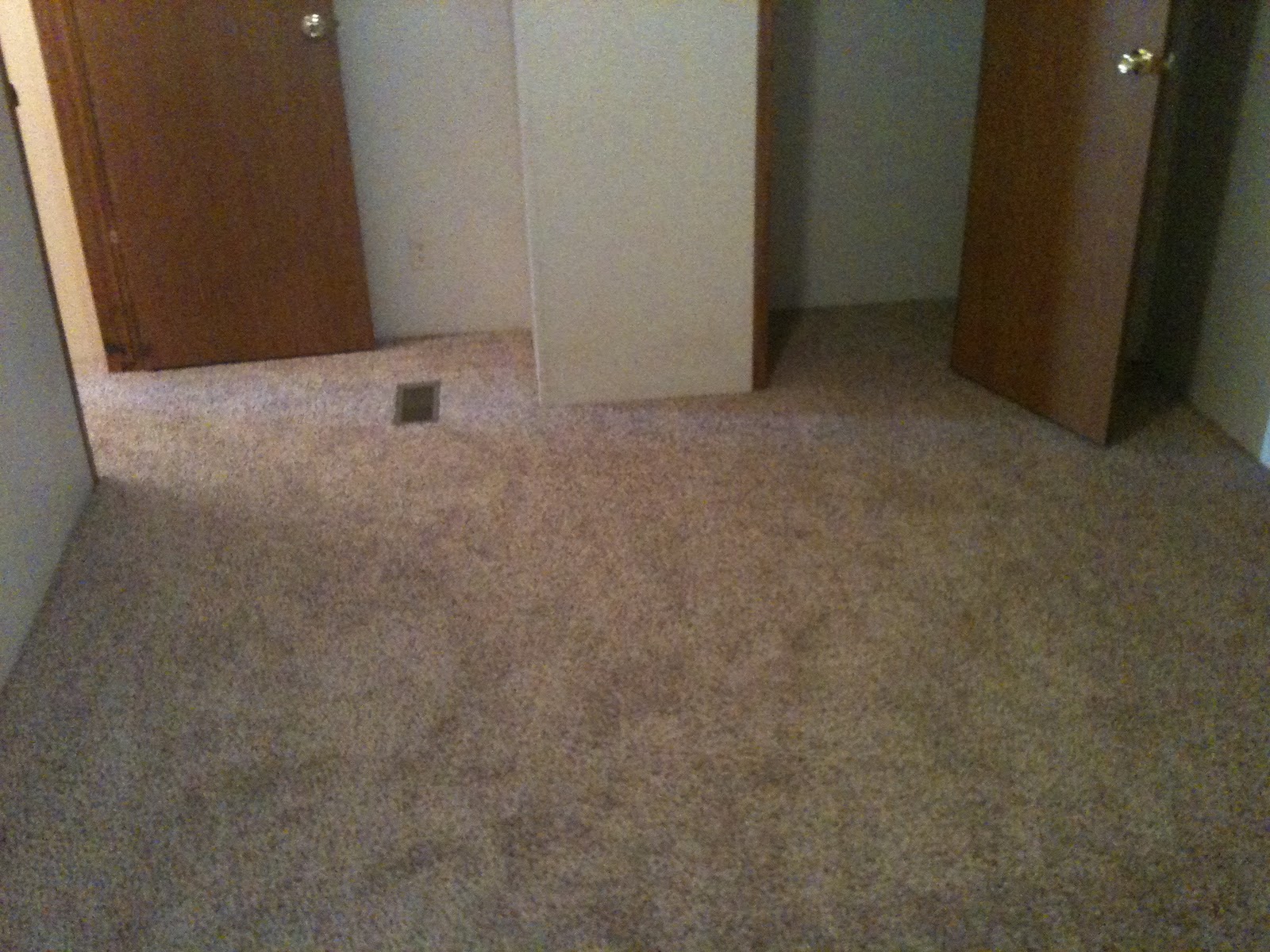 The next morning the linoleum guy showed. I was surprised because he was an older white guy, very proper, very polite. I have had a lot done to my home over the last 5 1/2 years and I have NEVER had one person work on it who wasn’t Hispanic. After my initial shock he got to work. He did a great job but it took all day to the one area. Apparently there is a lot of work that goes into putting that kind of flooring down properly.

Before he left one of my co-workers and her husband showed up to help me work on my Beetles so I wasn’t around for the final touches (baseboards) of the job. He packed up and left while we puttered with the carburetors of the bugs. 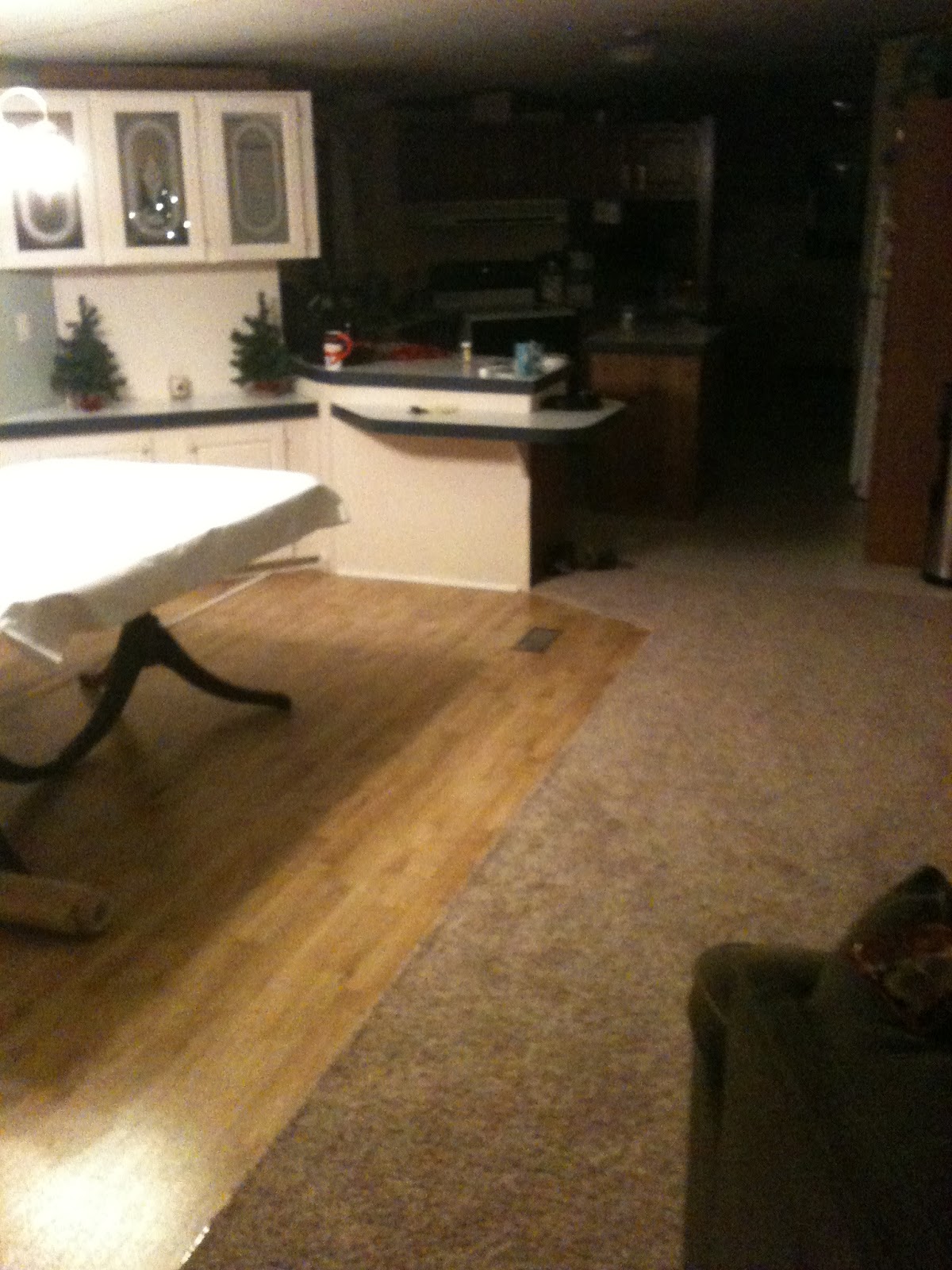 When all was said and done the house have a new and fresh feel to it. New flooring really can spruce up a house enormously! It was expensive but I think it was totally worth it!