This has been an interesting week
as far as According To Whim goes. Nathan and I got together on Sunday during
the day and did some work on the board game. May 17, 2013 is fast approaching,
and I think we’re starting to worry we’ll not be ready for the start of the
Kickstarter.
But Nathan has done a lot of work
getting things ready. You can get Kickstarter updates at the board game’s webpage and
Twitter for the game. 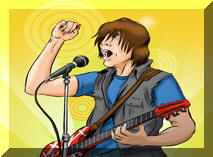 I also went to Nathan’s on
Tuesday. We recorded an audio show, and thought we’d worked out the audio show
production problem, but I guess not. Nathan gave me the files for the show. I’ll
just work on the Show Notes pages until we can get the shows edited.
We shot a Vlog when I was over,
and Nathan realized that there are a few that were never posted. Expect to see
those in the near future. In the meantime, Nathan posted a new game review video.

This is a slightly shorter update than last week,
because a lot of it is still the same. Go to the According To Whim Twitter for
other updates.