Welcome to the next post in my review of Army Men! I got stuck on this Army Men kick lately and it drove me to these mad lengths!

Today’s Army Men are from Imperial and came from Kroger. In Keller (North of Fort Worth) there is one of those newer, fancier Kroger stores that have a rather large toy section. As with all grocery stores there is an isle of cheap-o toys where you can always find Army Men.

Imperial uses the classic molds for their Army Men. These are the guys you grew up with! This brings up a question I have about Army Men… are the designs we see (the ‘classic’ molds) public domain or something? Imperial uses these molds but it looks like they took molds from old figures and are not using the original molds since the figures look sloppy and ill-defined (see bottom pic). 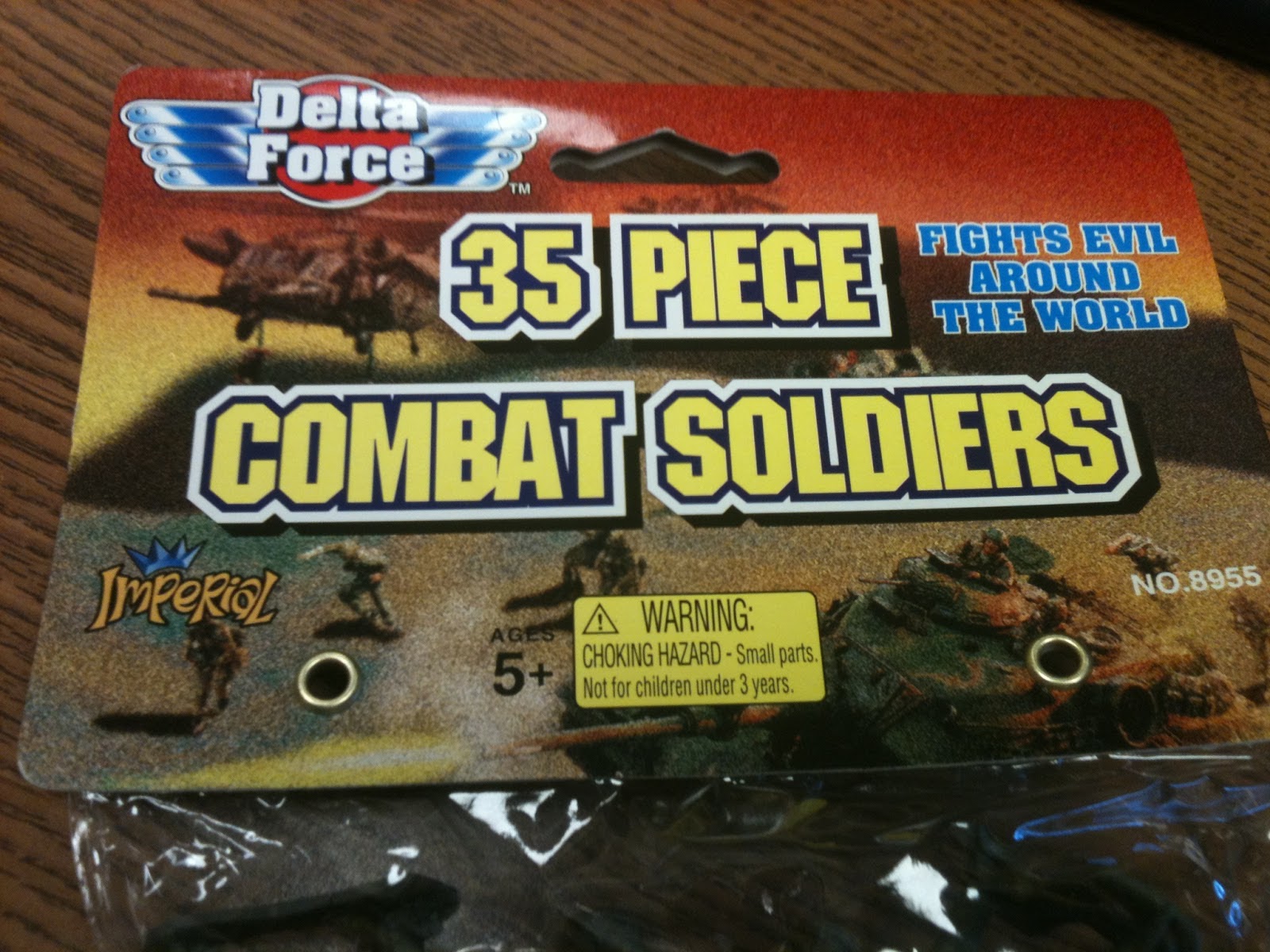 In this ‘Delta Force’ set you get 35 for a dollar. That comes out to almost 3 cents each. 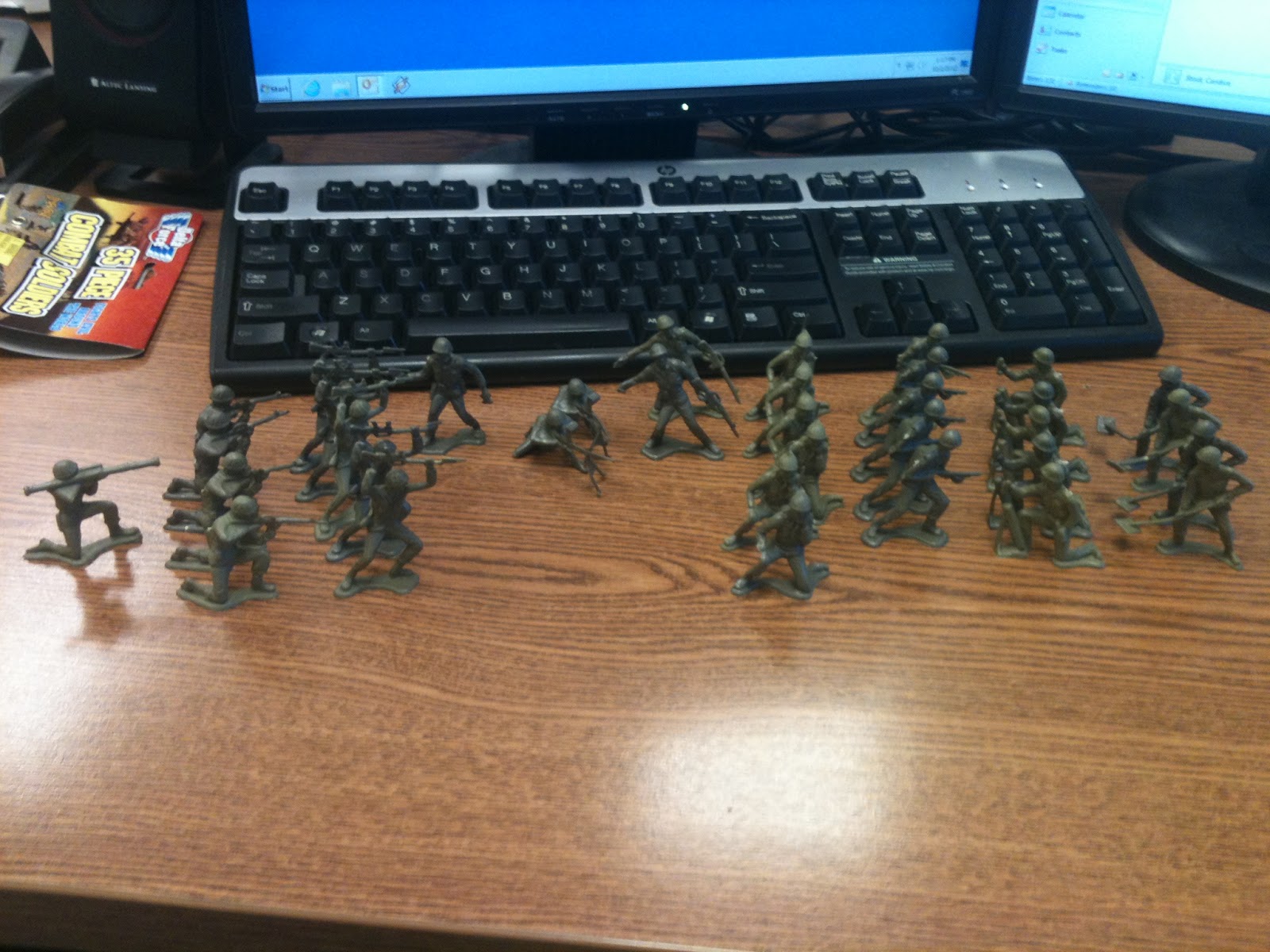 All the classic look. And as you can see there is only one bazooka guy. They were my favorites, I mean who can stand in the way of a line of bazooka wielding troops? 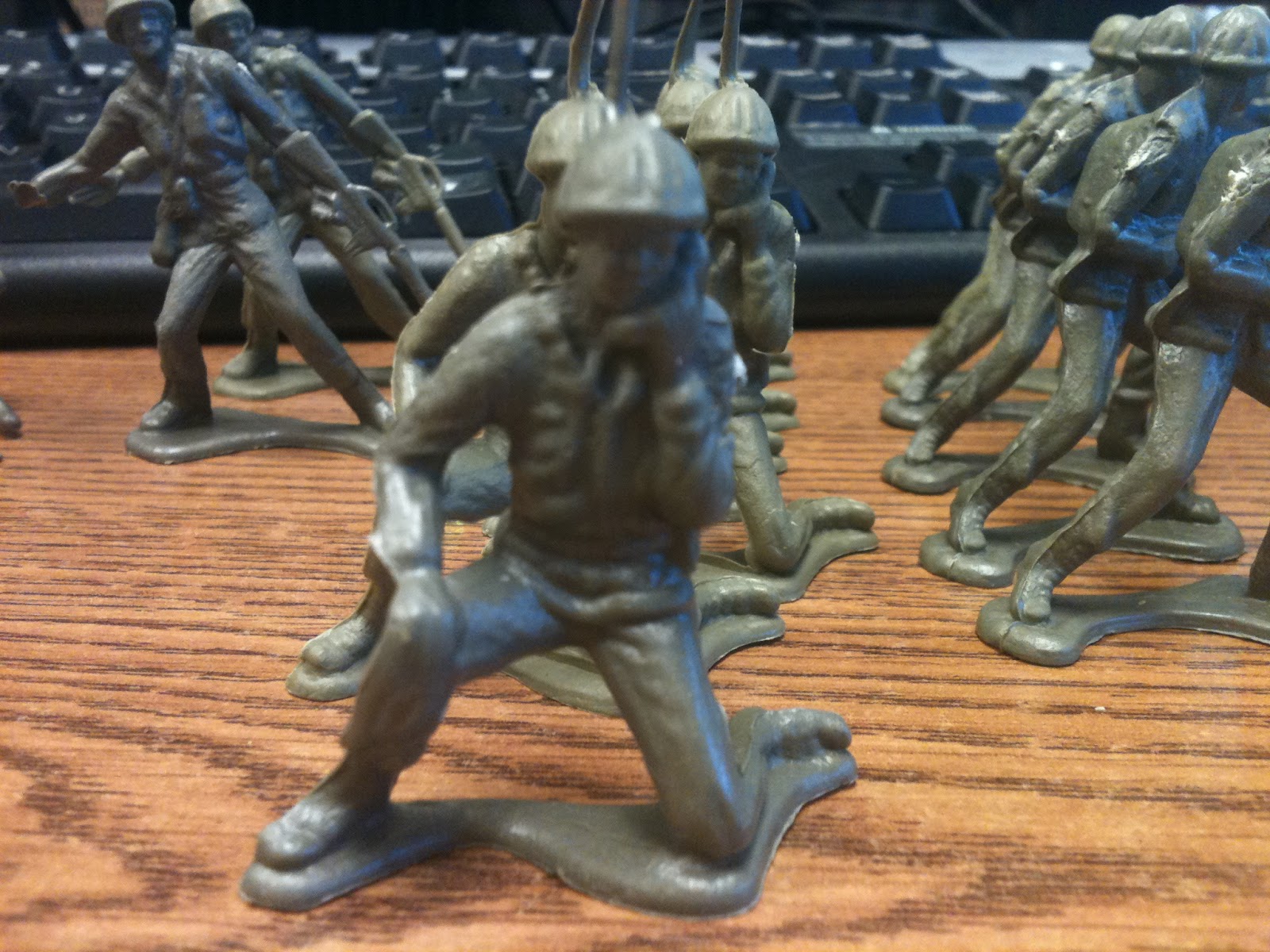 See how mushy and ill-defined the figure is. This is like a copy of a copy of a copy. These Army Men are made of a harder plastic and aren’t so bendy like the ones I grew up with.

Price: 3
Quality of Sculpt: 3 (would be higher but the poor re-use of molds brings it down).
Material Quality: 3