For as long as I’ve been an
adult, I’ve been arguing against this really odd method we have of
circumventing “bad” words. I’ve never quite understood why it is that as a
society we’ve decided that certain words are just off the table in polite
company, and not safe for work. We watch movies all the time that use this
language. We read books that use this language. Many of us actually use this
language. Why then do we have to censor ourselves in certain circumstances?
That’s just one complaint I have
though. As I started saying, why are the words themselves not ok, but
approximations are ok? As an example, I had a co-worker who had a bumper sticker
that said “Scorpios don’t give a f#@%.” I told her, “If you really didn’t give
a fuck, you would have gotten a custom made sticker that actually said ‘fuck’
on it.” It just seemed a little ridiculous to have a sticker that was meant to
offend people, but just not completely offend people. And by the way, since we
all know what the sticker means, can’t we just say it?
It’s almost like the worst
cryptographers in the world trying to hide a message about attacking Pearl
Harbor, “Hey, we’re going to take the flying things over those Pacific Islands and drop those exploding things.
They won’t know what the f#@% hit them.”
I was in Wal-Mart with Brian
later, and I saw the book “The Subtle Art of Not Giving a F*ck” by Mark Manson.
Again, worst cryptographers in the world. If you really don’t give a fuck, tell
Wal-Mart to fuck themselves or carry your book with the real fucking title. Am
I insane here? Is there someone really thinking, “I’m ok with my school aged
child seeing f*ck, but I’d be offended if it said fuck.” By the way, all you
have to do is open the book and it’s going to say “fuck” all over the place. 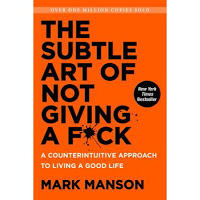 If you have to use more than two
drop outs to play a song on the radio, don’t play the song. It ruins the flow
of the music. If your YouTube video requires more than a few censor bleeps,
then just leave the language in. Everybody knows what’s being bleeped anyway.
So today I found this article in which a teacher wrote “wtf is this” on a student’s paper, and the parent
complained about the language. What language? The teacher didn’t use the word
fuck. Maybe she meant “what the fudge is this?” You’ve heard people say that
crap, right? And your brain immediately corrects it to what the fuck. Which is
why I argue that saying “wtf” or “what the fudge” or whatever not cursing,
cursing that you’re doing should be as offensive as just cursing. Everybody’s
brain corrects to that anyway, so let’s just say “fuck,” ok?
So what if the teacher had
written out “what the fudge is this?” Would there still be an issue with language?
Or is it just because she abbreviated what the fudge as wtf and our brains
correct it. I know. You’re thinking I’m full of shit taking the angle that she
really meant “what the fudge,” but we really don’t know, do we? She didn’t
spell it out.
Seriously, would it have been ok
to write “what the f#@% is this?” Would it have been ok to write “what the f*ck
is this?” Would it have been ok to write “what the [bleep] is this?” And if the
answer is “no, it’s not ok,” then what the fuck is Wal-Mart doing displaying
that filth in their store? Actually, it may have been Target. Oh well, I don’t
give a f*ck.
P.S. (post script, you filthy
minded animal) – I get that this is probably more of an issue of writing this
on a student’s paper, but allow me to point out that a PG-13 movie can use the
word fuck as long as it’s limited. I’m pretty sure that if the character said “wtf”
instead they would get a PG rating if that was the only material in question.
This was a high school student who is likely 13 or older. The parent, by the
way, has no right to be upset if they’ve themselves ever said “wtf” in front of
their kid, and even more so if they’ve ever said “fuck” in front of their kid.
Chris McGinty is a blogger who
really wonders if our society has a collective IQ problem. IQ in this context
is possibly an abbreviation for a really vulgar phrase, but I guess you’ll
never know. Just to be safe, go ahead and be offended by it.