I’m back! Here we are 6 YEARS later with a new Army Men review. I’ll blame my wife on this since it was she who brought me a bag of Army Men home from a kid/baby consignment sale. I will get to reviewing that lot of hot mess soon. First, I made a stop to good old Dollar Tree and found these. Let’s begin! 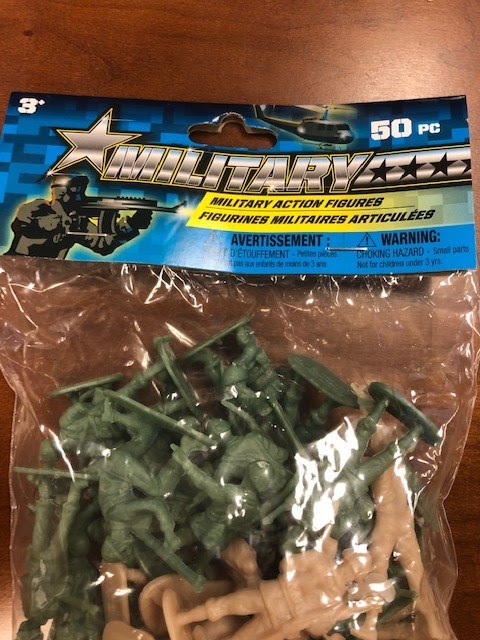 You get 50 guys for $1. For you mathematically impaired, that’s two cents each. Too bad I only got 49 guys. WHAT A RIP OFF! I want my money back!!! Nah, I’, just kidding China. These guys are the exact same price as the Battle Force guys I got at Walmart (at least the same price back in 2013). 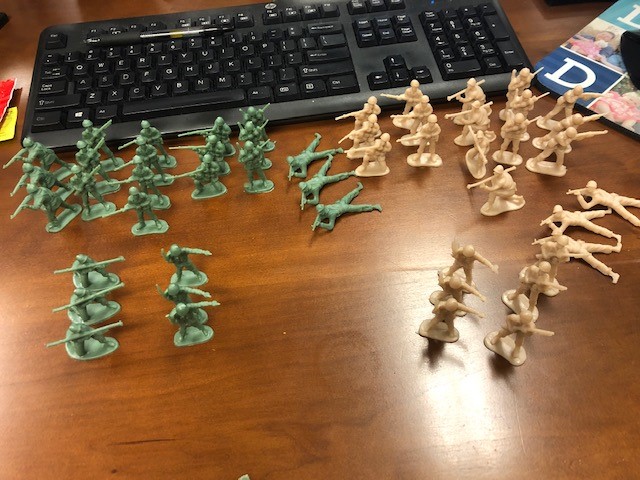 You get all the standard poses here. No apparent mold rip-off of classic men. Just some fairly poor sculpting. 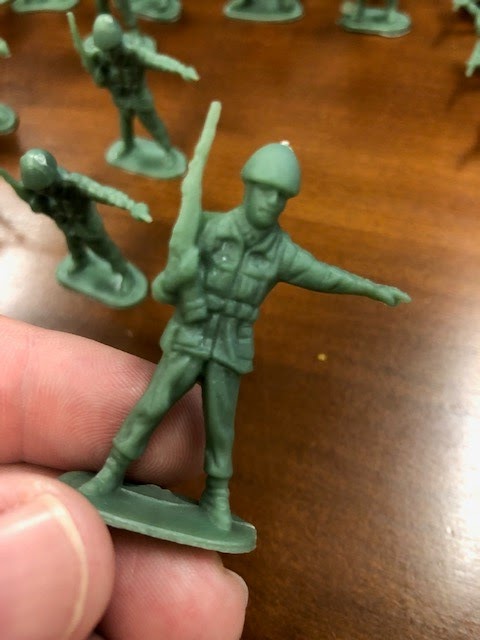 These guys all look like they came from Easter Island. 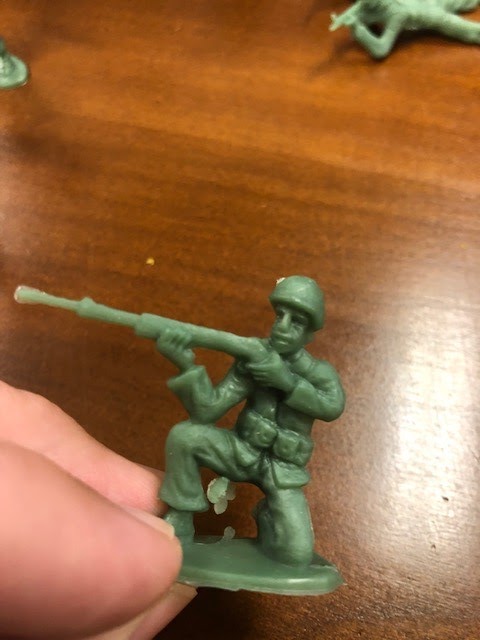 This guy isn’t actually doing any ‘battling’, just looking around, hoping for a cease fire so he can take care of that flash between his legs. 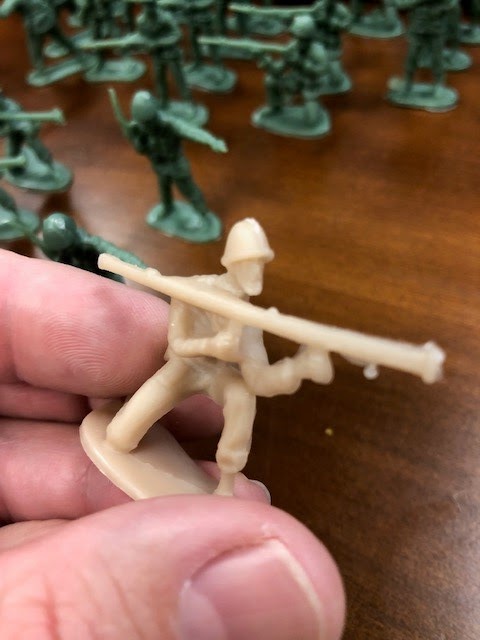 Holding the grenade launcher guy like this shows you why this whole bag was only a dollar. He’s practically 2D. 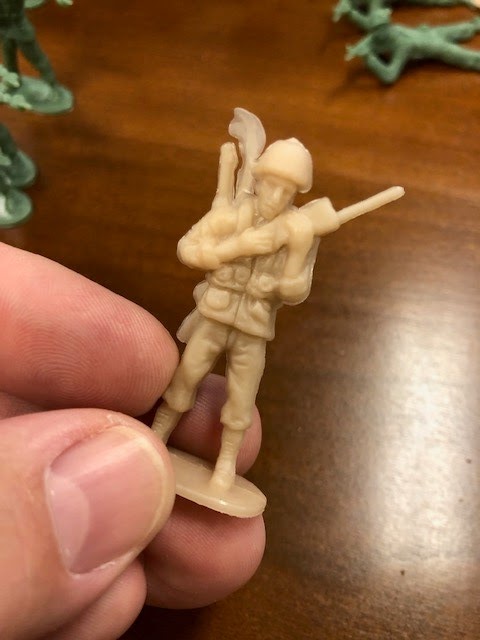 The quality isn’t too bad with the cheap plastic but there are few figures that have large amounts of flash. 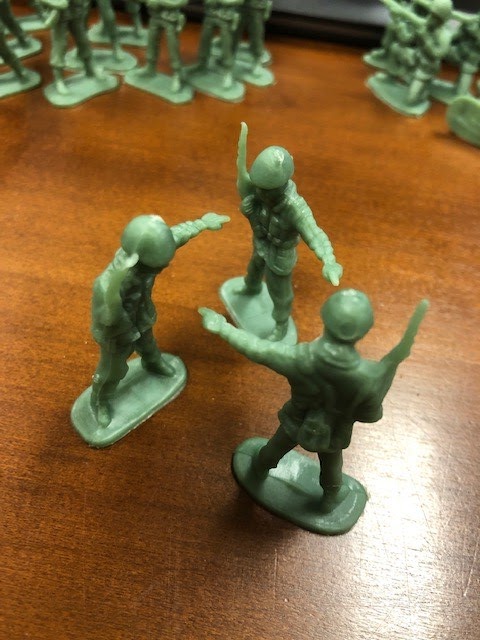 These commanders are pointing blame at who let the quality standards sink so low in this military force.

Over all, you get what you pay for at Dollar Tree. There are exceptions when they get ahold of closeouts like real Star Wars figures and Black Series helmets and such, but these Army Men are the standard Dollar Tree fare. I’d go get Walmart’s version before I’d get these.

Price: 3
Quality of Sculpt: 2 (I just know I will find a number one out there one day)
Material Quality: 2