You know the drill by now… 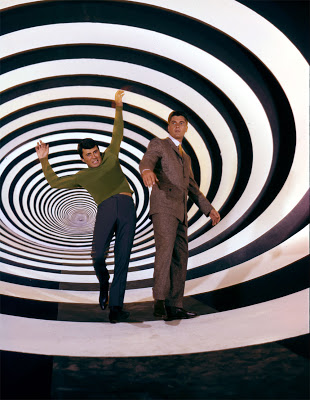 When I worked there, for the first two and a half years or so, the store manager was Mr. Sharp. I don’t know what his first name was, that’s how it was back then, you had respect and you called your superiors Mr. or Mrs. or whatever. He was a shaky, chain smoking man who had a laid back and ‘didn’t really care’ kind of attitude. He wasn’t really notable, I didn’t see him much. He only ever worked during the day. When I came back to work after a three month gap (in which I transferred to another store and hated it) a new manager was in charge. His name was Mr. Wiehart, or as we called him, Maybelline Man (explanation for this in just a bit). He was nice enough a guy, but he always looked stressed out and weary. He was also very proper and by-the-book. His lips were always very red, and his cheeks were also very red. Not really the look of someone blushing, but a look of someone who has makeup on. It was his distinct physical trait. We then began calling him Maybelline Man. Mr. Weihart was also a micro manager. He would give us part-timers numbered lists of things to do. The lists usually had about twenty to thirty items. To add a little fun to our work, Wade and I would add things to Mr. Weihart’s lists. For instance, when the list ended at number twenty two, our new number twenty three would say ‘Learn The Force’ or ‘Overthrow Government’ (unfortunatley that sort of thing would not only get you fired nowadays but you would get arrested as well). Mr. Wiehart would always come over to our department, and inspect the list to see what items we had accomplished. He would see our handiwork, then kind of look at us as if he were saying something to us mentally, but he would then tell us to continue with the tasks. He didn’t have a real big sense of humor, at least not at work. I have immortalized Mr. Weihart in a couple of my Rick Ranger comics here. I am sure you can figure out who he is.

The assistant managers were an assorted bunch. There was Ms. Compton, a nice but stern lady with a sense of humor. Then there was June: hardly any sense of humor, at work or otherwise; chain smoking, mean tempered, Kmart devoted work-a-holic. For the first year and a half I was there, I thought she had some sort of back problem because something was bulging from her shirt at her lower back. It turned out to be a pricing gun that she stuck in her pants like some sort of concealed handgun. I hope I never used any of the pricing guns she had down there! One night, while we were all doing our store cleaning, I placed a cup on the front service desk counter while I moved about putting back returns. At some point, I picked it up and took a drink, and got a mouth full of ashes. June had put her cigarette out in my cup… uuuurrrkkk. Yes, back then you could smoke in retail stores.

Some of my fellow employees were a little strange too. The Electronics manager (Richard) looked like he belonged in Crosby, Stills, and Nash. Quite honestly, I can’t remember who my manager in Automotive was. I found an old childhood friend there too. There was this guy named Jared who worked in the evenings in Electronics, and we got to talking. One day we realized we knew each other from years back in grade school! This was one of my favorite friends! He was the kid with the most and coolest Star Wars stuff! After I left elementary, I went to a different middle school than everyone else in my neighborhood, and lost all those old friends. More than 6 years later, here was one of them. We had a good time chatting about the good old days, and all the fun we had with his toys. There was a black lady that worked in softlines (clothing, jewelry, and also checkouts) who was very funny, and we would always quote In Living Color characters (like Wanda) to each other. There were a few young people working in the snack bar and cafe.

Let me talk about the K Cafe. It was located in the back of the store, next to Sporting Goods (just on the other side of luggage). It was not like the snack bar up front, but a full-fledged cafe. They would have a grill, as well as hot food, ala Luby’s. There were these half walls that started from the ceiling, and effectively separated the cafe from the rest of the store (except at table height you could see through). This made the cafe somewhat darker than the rest of the store, so it always felt weird in there. Managers would often have meetings with employees there, and the few people that did eat there probably didn’t amount to twenty a day. This was back when things were done, even if they lost money. It was a company standard. I am sure all K Cafes are now gone, and only snack bars remain, but it lives in my memory as this strange netherworld within Kmart.

The snack bar rocked. They had ICEES and those great nachos (with the cheese out of the big cans). As well as hotdogs, popcorn, and those not so great sandwiches (my wife disagrees). That’s where I spent a good amount of my pay. A day wouldn’t go by without an ICEE or popcorn for my break.

Speaking of breaks, let me take you to the magical world of the breakroom. It was located in the back corner of the store, next to Automotive. There were actually two break rooms. There was a smaller one where the men’s room was located. A television, table, and nasty couch provided employees with some serious depression themed relaxation. Then down a tiny hall, past the time clock, was the main breakrooom with tables and chairs, as well as a small locker room for putting your belongings in. I spent most of my breaks hanging out in other departments because the break rooms sucked royally. I am not sure when that particular Kmart was built, but it had to be in the 60’s.

Join me next time for some crazy stories of the goings-on at this wonderful Kmart!