Edited by Chris McGinty (According To Whim .com)

[Hi, I’m Chris, and I’m taking you on a trip through all of our incomplete material. Here’s an explanation of why. Today, I will deal with drafts that are really just notes made by Miguel. If he feels the need to expand on any of these, he can start a new draft. My commentary will be in brackets.]

This morning, Nathan pointed out a YouTube video of the last dialogue scene in “Return of the Jedi” between Han and Leia. (Until I wrote that, I never realized that the last couple of minutes of that movie has no talking in it). The clip titled “Incestual Undertones in Star Wars” plays out as it does in the original. But after Leia’s revelation to Han that Luke is her brother, the editor tracks in Quincy Jones’ mildly cacophonous “Ironside” theme. Han’s face registers puzzlement, and there is a cutaway to the scene in “The Empire Strikes Back” where Leia plants a very passionate kiss on the guy she is now saying is her brother.

[I’m back. I looked it up. This is actually something Miguel taught me about acting in the time of “Sniffles (sniff)”. I guess some guy with the last name Kuleshov (boy, was that a happy coincidence) made a film in which this guy has an expression on his face. He then inner cut it with happy things, sad things, and indifferent things. The audience read a different expression on the guy’s face for each circumstance, even though it was the same footage. His expression never actually changed. What Miguel told me was that it was sometimes best to have a blank, stoic expression on your face, and to let the audience decide for themselves what it means. Clearly this doesn’t always work, but it’s very useful in some cases.]

[If I have any advice to give on acting, and I’m not a very good actor, it’s that the bits that have always worked out best for me are when I’m deep enough into what I’m doing that my reaction is genuine. It hardly seems like acting at that point because you’re really coming from whatever emotional center you’re feeling. We don’t rehearse for the show. We probably should, but we don’t. If we were ever to do a feature length movie, especially if we were using film or otherwise had a lot of expenses going into the production, I would insist on rehearsals. When you don’t have to think about the lines, you are free to concentrate on feeling a certain way while you speak them. Probably the worst thing you can do when you’re acting is actually try to act. It’ll always come across better if you are feeling what you’re supposed to be feeling, and say your lines in the midst of that emotion.]

By Chris McGinty and Miguel Cruz

[This was supposed to be a joint blog. I’ll let what is written here explain it, and then I’ll comment. This will be obvious, but what you are about to read was written by me.]

I just called Miguel about putting “by Miguel Cruz” on his recent post. We discussed the fact that I’m employed as a security guard again and the circumstances of me quitting last time, which was that the company wanted to move toward a more professional look. This meant no facial hair. Miguel pointed out that Rock ‘n’ Roll was the best GI Joe. He pointed out Garard Bulter in “300.” He said that kicking ass and facial hair had a very old, very positive, past. He pointed out that Genghis Khan had a goatee. I told him that Genghis Khan was evil, and would probably let his friends come on site to steal construction materials.

Since we were discussing the blog, Miguel was like, “I should post this up,” and then said, “but you probably know the story better.”

I pointed out that we could do a joint blog. I realized we could recreate this conversation here by using the draft feature, and copy/pasting each other’s drafts and adding on. In this way, even Nathan could jump in on the conversation, and with a little editing we could create the proper segues and cues.

I guess it’s just a way we can write blogs together. So I told Miguel I would save a draft with the idea, and he can write his ideas, and we each can edit the conversation to make it flow right.

It should probably look like the other joint blogs:

CHRIS: I have facial hair.
MIGUEL: Your mom is Genghis Khan
NATHAN: I was never part of the original conversation.
MIGUEL: I remember GI Joe.
CHRIS: Matt Damon!

[The Matt Damon thing is funny given Nathan’s recent obsession with “Team America.” It’s too bad I didn’t have Nathan say that. What is sort of interesting about this draft is that it’s almost a self contained piece dealing with how to write a joint blog post. It takes on a different personality presented like this than it would have if we had actually written the piece, and deleted all the notes we made to each other. Or in this case that I made to Miguel. Below, I will include the bit that Miguel worked on. He got as far as Abraham Lincoln. I’ll put this under his name so in case he wants to finish his list of kick ass people with facial hair.]

[The following is something that I really don’t know where Miguel was going with it, and I’m guessing neither did he.]

Yesterday I got my second YouTube revenue sharing eligibility notice. I found it rather amusing since it’s for a video that would never pass muster. The primary reason is that it’s

[See what I mean? Miguel had a good idea in this next bit. There are a ton of songs that are written about being on the road and away from loved ones, or are just generally about fame being a bitch. Here is what he wrote.]

Top “it sucks being famous” Songs of All Time

[I wrote Miguel, and pointed out “Fame” by David Bowie. He asked me to, “Keep them coming.” I thought of: “Turn the Page” by Bob Seger; “Celebrity Skin” by Hole; and “The Dope Show” by Marilyn Manson. Recently I realized that “Is This Love” by Whitesnake briefly touches on it, but it’s more along the line of, “it sucks being away,” and that’s probably a different thing entirely. I’m not sure how “Professional Widow” by Tori Amos and “Starfuckers Inc.” by Nine Inch Nails fit into the mix here. They seem to be more pointed attacks. “Professional Widow” is allegedly about Courtney Love, as is, allegedly, “Stacked Actors” by the Foo Fighters. The only reason I bring this up is because “Starfuckers Inc,” the name of which references “Professional Widow,” seems to be against the music industry, and the sell outs in it. “Not For You” by Pearl Jam also seems to go along the same lines. “We are the Champions” says that fame has been, “no bed of roses, no pleasure cruise,” but he is mostly positive about it, following up, “I consider it a challenge before the whole human race, and I ain’t gonna lose.” So maybe. I know there were some others that I wrote down, but I don’t remember them now.]

[Here’s that little bit of facial hair thing Miguel did.]

Chris returned this last week to his security job. He had been ousted because the man in charge thought his facial hair undermined his stature as a defender of freedom, liberty, justice and a J.C. Penney’s warehouse in Haltom City. Now that man is gone, thanks to the efforts of students of history who know that beard=badass. With that we take a look at the greatest bearded asskickers throughout the ages. 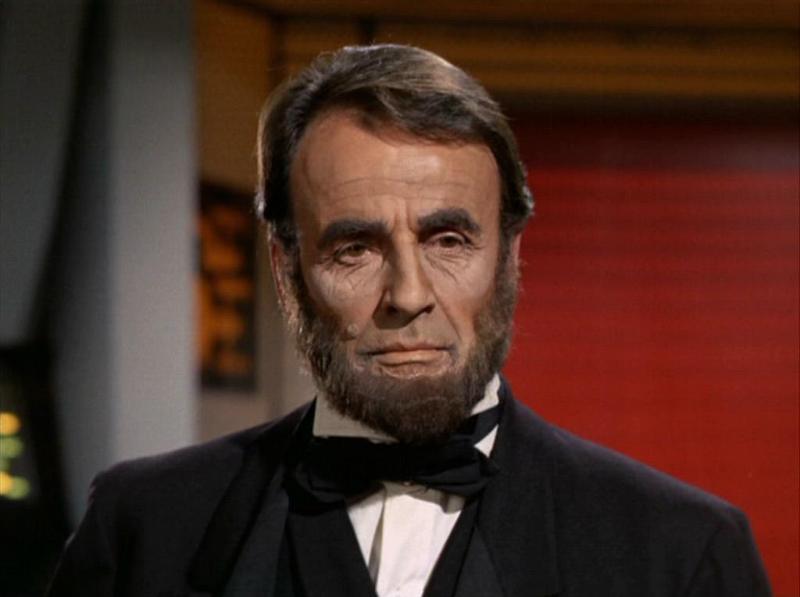