About a year ago or so, I downloaded an evaluation version of 3DS MAX, which is software used to generate computer graphics. I found an e-book that gave a step-by-step tutorial on how to use it, and got down to work. The first lesson was about using something called a “lathe” to make a Chess piece. It seemed to make sense, and things were definitely “so far so good.”

A week later, my hopes and dreams of working for Industrial Light and Magic were dashed with the next tutorial. This one purported to learn the reader how to make a basketball. But there was a little step on the process that hung me up forever. Some junk about grab these vertices and pull them here where they will attach to these other vertices if you push this key and so forth. Except, no matter how many times I did exactly as the book said, it was nothing doing. So I did like I usually do and just gave up.

For the next year, every time I would go to the Barnes and Noble in Southlake, I would look through the latest issues of Digital Artist in envy of these people who know how to use this stuff, and can create these beautifully detailed, realistic looking works. On a side note, no way would I ever actually PURCHASE one of these magazines. While I like the content, and would love to have one to read on the pot, it’s hard to justify $15 for a magazine, especially when I can get the content for free while at the store.

So as it turns out, one does not actually need to get a hold of 3DS or Maya in order to do graphics. There are a number of open source alternatives available online, and last night I downloaded one of them; a nice little product called Blender. The official Blender website had links to tutorials, and I clicked onto the one called Blender: Noob to Pro, which is hosted on another site I just learned of yesterday, Wikibooks.

I quickly learned that reading a tutorial is incredibly dull. This may have been the problem last year. Of course, then I didn’t think to look for any video tutorials on YouTube. Over the last year, I figured that it was a really good source for learning how to use the Multi-Camera feature in Adobe Premiere CS4, as well as a bunch of other stuff. The fact that there are so many instructional/tutorial videos online by people who don’t generally appear to be educators by trade, I think, says something very positive about human beings that tends not to get recognized by a lot of cynics. Just as there are people who want to know something, there appear to be enough people out there who have a great desire to help. These people don’t seem to get anything out of the experience, other than maybe the satisfaction that someone out there will find it useful.

The video tutorial is the next best thing to having the person in the room with you. There is something very sluggish about words on a page. You don’t really know if this paragraph is going to be really important, but you’re bored and you want to get onto something substantial. There’s a world of difference between a bunch of words that explain in great detail what pushing some button is going to do, and a video where the guy says, “Push this button,” and then you see the result.

I liked this particular video by a guy who looks a little like Nathan’s favorite socialist, foreign-born, Islamic President. He also has a video where it looks (and sounds like he’s jacking off) where the business portion is happening just offscreen and…well I won’t ruin the geeky surprise.

The fact that I was able to get this far, after maybe an hour, was very encouraging. 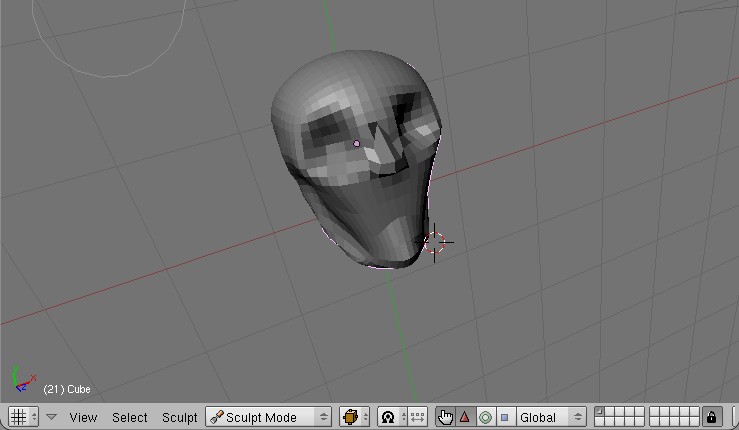 But I’ll probably give up in another week or so, and pick it back up next Memorial Day.