Yep, we are still going on our look at my trip to Disneyland in California (as well as Universal Studios). This will cover the rest of the rides we rode at Disneyland.

Captain EO (Tribute):
After Michael Jackson died Disney decided to cash in and re-release the Captain EO show at their parks. Oops, did I say that? Anyway it is still playing and we saw it the very last night (last showing of the night) at Disney. There were like 6 people in that whole theater (including 4 of my party).

The show actually holds up pretty well 3D-wise. When I saw it back in 1991 I don’t remember the floor moving to the music but it did here. The whole theater jumped with the beat of the music. For some reason I could have sworn I heard and saw on Youtube that the re-release would have updated special effects (to replace the stop motion stuff) but at the beginning of the show they tell you it is exacly as it showed way back when. I think this show is more popular with foreigners because they seem to love Michael Jackson more than we do for some reason. Here is the video of the show (notice the Borg-like dudes? A year or 2 before ST:TNG came up with them!)

It’s a Small World:
When I think of torture in paradise, I think of It’s a Small World! Oh the humanity! This dusty old thing might be tolerable if it were 1/3 it’s length. This thig seems to go on for EVER AND EVER. I mean it. Most rides last 2 or 3 minutes. It’s a Small World lasts a whopping 10 minutes (and it feels like 20). That too would be cool if it were interesting like Pirates or the Haunted Mansion but it is basically the same thing for the whole 10 minutes… little cutsie figures moving slightly to the song. THE SONG! AHHHHHHH!!! It is probably the song that makes you mentally break down. It just repeats and repeats and repeats! Ahhhhhh!

Sorry about that. Anyway you have to ride it just to say you did and experience the mind-numbing theme and 40 year old animatroics. BTW Disney realized they were giving their guests lobotomies so a couple of years back they added some of their newer characters into the mix of cute kids… fail, I still need treatment. Here is the video… if you dare!

Matterhorn Bobsleds:
Do you crave adventure? Do you want bruised tailbones and hemorrhoids? Then the Matterhorn Bobsleds are for you! The ride is really fun but the pain! Oh the pain! There is no cushioning in this coaster and you are basically sitting on the floor of the car. This can make us older folk wince for 80% of this ride. Fun but painful.

That beings me to a point about coasters at Disney. All the roller coasters are fast, fun, exciting, but none of them are what I would call extreme. It seems Disney steers away from that sort of thing. They let Six Flags and Knott’s Berry Farm have the bat shit crazy stuff. This is more for the family.

Disneyland Train:
We come to what (for me) turned out to be the most enjoyable ride of the whole Disneyland trip. Why, you ask? I’ll tell you. We started our trip in Fantasyland and rode it up to the front of the park. Typical train ride. My brother asked the conductor if he could say ‘all aboard’ (which of course they did, this is Disney where dreams come true) and that is where he got the fast passes that we used for Space Mountain. Anyway we were on the last leg of the train ride when we passed the 1964 World’s Fair dioramas. I didn’t know about these and I was totally caught off guard (I think this was a big part of my pleasant surprise). Anyway we passed the canyon one which I thought was cool. I really like dioramas. Then we passed the dinosaur dioramas. I was blown away! How cool was this?! It wasn’t just some little building we passed but a massive (and I mean big) building dedicated to these prehistoric scenes. The train passes into a tunnel and you pass the buildings where the dioramas are held behind huge glass windows. It was fantastic! These were old (40+ years old) but still impressive. I was astounded by the massiveness of the whole thing. All tucked away, hidden for only those who rode the train through this part of the park. I loved it! Here is some one’s video of it but it just can’t do justice to the actual thing!

Well, that about wraps it up. There are many things we didn’t experience at Disney (or Universal Studios for that matter). I really wanted to ride the Storybook boats, the Silly Symphony Swings, and anything in Toon Town but there wasn’t enough time.

Me, my wife, my brother and his wife are going to Disney World in October so perhaps I will write another series of posts covering what we rode there. Later! 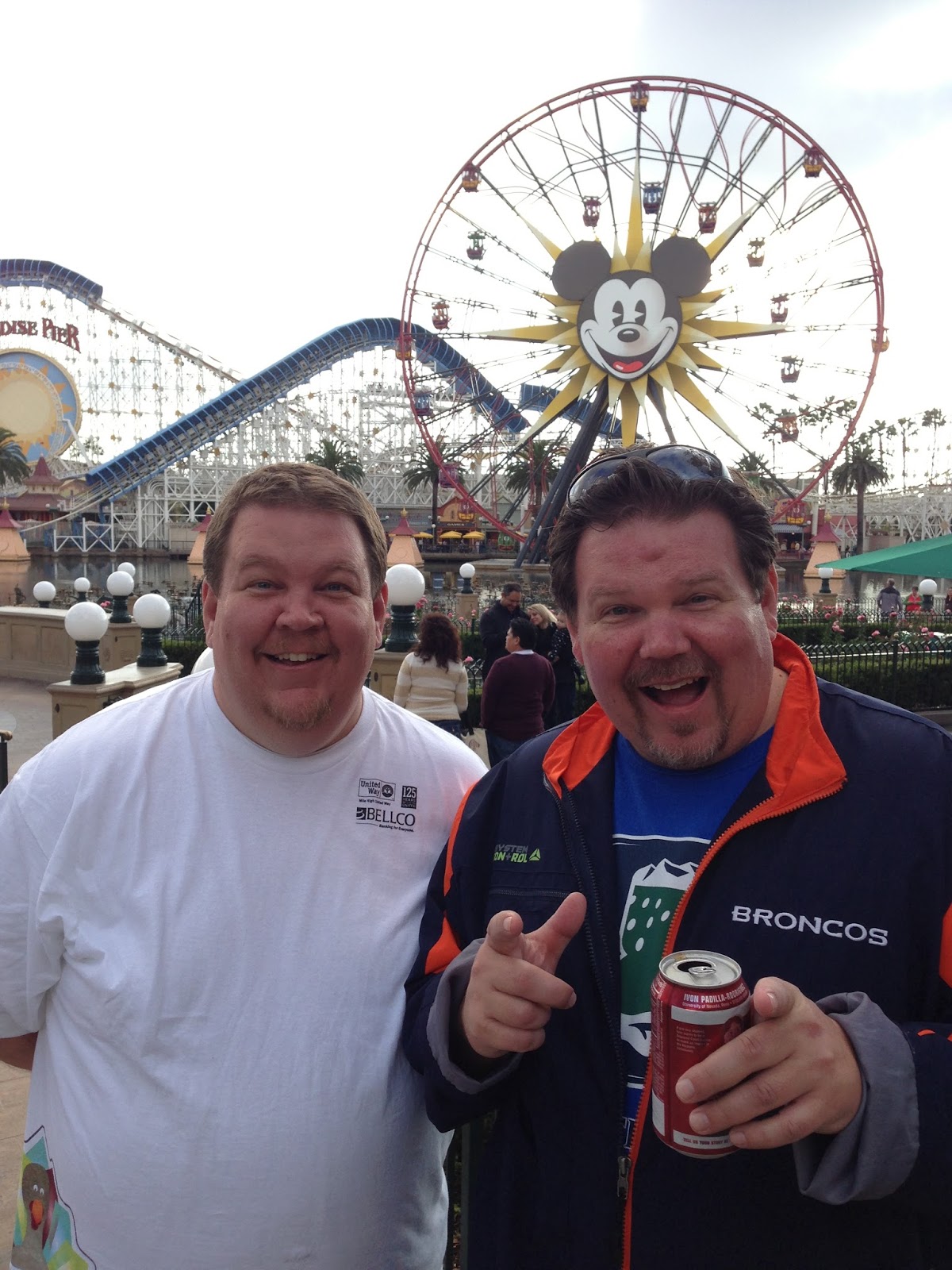 Copyright © 2021 According To Whim