By Chris McGinty (According ToWhim .com)

I’m accused of being, not just
stuck, but firmly wedged in the 80s and the 90s, but it’s just not true. Though
I think we can catch me on a technicality. I listen to new music a lot, but
it’s usually either music that is fashioned after 80s and 90s music, or it’s a
new release by an 80s or 90s band.
I listen to a lot of new music
though, often trying out artists that I’m not all that interested in, or
sometimes have never even heard of, just to see what I think. I almost always
end up gravitating to my genres of choice though. For instance, my favourite
album of 2005 was “Waiting for the Siren’s Call” by New Order. It was certainly
current on some levels, but still a new release by an 80s band. But more than
just my favourite album of that year, it is also my favourite album by New
Order, and could possibly fall somewhere in my top 100 of all time.
Playlist with Tracks from
“Waiting for the Sirens Call”
http://www.youtube.com/watch?v=J9YUB5srDUo&list=PLBF1DA3B2D7763FC4
I was excited when I
found out recently that there were other tracks recorded during the Siren’s Call
sessions that have now been released as a new album called “Lost Sirens.” It
also includes an alternate version of “I Told You So” from “Waiting for the
Siren’s Call.” Apparently, it was supposed to be released in 2006, but like
with another album I’d like to discuss today, it was delayed. 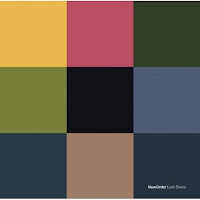 Lost Sirens (Skip forward to 3:10
as the video maker has a speaking introduction at the start of the video)
http://www.youtube.com/watch?v=FUf1kqBomRA
TV Mania is the side project of
Duran Duran’s Nick Rhodes and Warren Cuccurullo. It was meant to be released
around the time of Duran Duran’s “Medazzaland” and “Pop Trash,” but ended up
lost. For the longest time, all the public had was a few TV Mania tracks that
ended up being Duran Duran tracks. Finally, the album was released this year.
Unfortunately, there isn’t a lot of the tracks yet released to You Tube, and I
haven’t had the money to pick up the album, but what I’ve heard so far I’m
thoroughly enjoying. 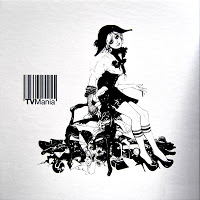 TV Mania Tracks
Euphoria http://www.youtube.com/watch?v=aSgHNXZteA0
Beautiful Clothes http://www.youtube.com/watch?v=QlubcVdKI_I
Finally, released in March 2013,
a new album by Depeche Mode “Delta Machine.” I only found this one because I
was preparing this blog post, and was curious if I’d missed anything. It’s a
mellow album compared to many of their past releases. It’s quite good. They
never disappoint. 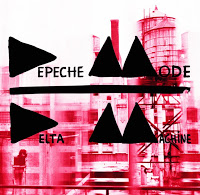 Delta Machine (A couple of the
tracks don’t play. Not sure why. Just skip forward using the track locations in
the comments.)
http://www.youtube.com/watch?v=KCflpMy5E6I