Here is a post that those of your who might be considering making a game of your own and getting it paid for with a crowd funding project (like our Kickstarter one).

When I began looking at getting Rise of the Rock Star made I looked at three possibilities:

The first option went out the window after just an hour or so of research. It seems that if you really want to make games for the sole purpose of making games then this option might fit you. We want to make games but we want to run it as a successful business and have total control over what it made. Selling the game to a publisher is basically giving your baby up for a small amount of money. At that point you have no say as to what happens to your game or even if it will ever actually get published! It is a nice option for someone who can crank out games and doesn’t really concern themselves with the business side.

The second option might be cheaper if you can find the right suppliers for the major parts of the game (the board, box, and printers) but in the end I didn’t feel we could find these components cheap enough to warrant the time and effort of making the game ourselves. It was a serious contender since the other parts of the game (like chips, dice, etc) can be gotten so cheap but in the end we didn’t want that level of granularity on this project. our first game (WhimWars) was a total kitbash. I bought the dice, trading card boxes, and printed the maps and rules myself. It was cheap and easy enough and people seem to like the whole ‘homebrew’ aspect of the total package. However, Rise of the Rock Star is more involved and so we went with a manufacturer.

I began by searching the game forums for reputable game board manufacturers. There were a few out there. I would have been more interested in one in the US to control costs (like the shipping) but it turned out that the price didn’t warrant it. The quotes were almost 25% higher than overseas manufacturers.

I turned my attention to PandaGM. There were several fairly positive reviews and what little contact I had with the company worked well (I was kinda afraid of the whole language barrier) since my rep was in fact English. 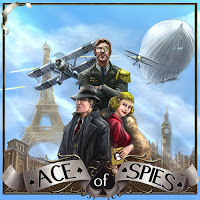 Much to my surprise a friend of mine brought a game over to play one weekend and it turned out to be a Kickstarter funded game. It also turned out to be manufactured by PandaGM. I got a good gander at the quality of the product and was impressed with it all with the exception of the cards. It looked like they picked a cheaper card stock and the cards were already showing signs of wear. I made sure to get the best cards quoted for our game after that.

I vowed to go with PandaGM and told the rep as much. I requested several quotes (for goals, stretch goals, etc) and asked him a bunch of question. I think we are getting the best quality game we could for the price. I realize that PandaGM is actually a broker and I am paying more but I have no Chinese connections so this will have to do and I’m fairly satisfied with it.

As I close out this blog I’d like to give you some pointers if you plan on using a manufacturer to get your game built:

I hope this stuff helped you out. If you enjoyed, please show us some support by backing our Kickstarter project. There is even a cheap $1 backer level!