So here are some AWESOME secrets on pin trading at the Magic Kingdom (all from me, not taken some click bait article, no sir… all me. For those of you who don’t know Pin Trading is another money making scheme from Disney that’s actually fun for us ‘collectors’.

You buy some pins and a lanyard (if you want) and when you are at Disney World you can trade your pins with most Cast Members. You just ask for the one you want and you can trade the one you own that you don’t want (they don’t care which one you give them). Easy huh? The trading part is not really the money maker for Disney, it’s the massive amount of nicer pins you can buy new from their kiosks and shops but forget that! Let’s trade!

So there are several ‘levels’ of pins. Basic ones (which the cast members generally have) up to fancy big ones (which can cost up to $30 for the nicest ones). Secret #1 Go buy a bunch of pins off eBay before you go to WDW! The pin starter packs (which can come with up to 6 pins) will cost you around $30! Forget that! Spend $25 on 50 pins off of eBay! Just look for sellers that state that the pins are authentic and in good shape. Pick the ones you like out of that lot, then load up a lanyard with the junk and off you go! Now you will can not even go to WDW but just collect your pins with these eBay lots. There are many different auctions/buy-it-nows with varying amounts of pins. 25, 50, 100, 200! Cheap fun!

So here you are at WDW (and to a lesser extent Disneyland) with a lanyard full of crappy pins… get to trading! In order to get rid of the 30 unwanted pins I had I made a rule that I was going to just walk up to the Cast Member with a pin holder and ask to trade (not looking first at what pins they had). This was I was forced to trade away the unwanted ones. Sure, I would not always find ones I wanted but at least I was rotating out the stock and trying to move up the likeability scale on my crappy pins. I felt it was rude to walk up to a Cast Member, stare at them then walk away or reject them. Just seemed nicer to just do it.

One time I did the Keys to the Kingdom Tour and we got to go downstairs in the Utilidors and we passed the pin trading room. Here Cast Members stop by and get a pin holder they wear over their shoulder pre-loaded with pins to trade. Secret #2 Can you believe there is a whole department devoted to pin trading?! So just know that you will get standard (bottom of the barrel) pins early in the morning. Later in the day (after little Johnny has traded away his $10 pin will you start to see better pins on Cast Member’s pin holders and pin boards). On the last day of my trip I scored a spinning 2016 pin from the Christmas shop in Liberty Square.

Secret #3 Pin Boards! Throughout the WDW resort there are trading pin boards. These are cork boards of varying sizes where there are WAY MORE pins that what a Cast Member carries around with them. Some pin boards are not monitored all of the time so you can trade away several of your stinkers.

Could this article get any better?! IT DOES!

So during my last trip to Magic Kingdom I was in the gift shop of Space Mountain and there was a Cast Member at the pin board talking to some other guests and writing on a map. He was circling locations. When they left I moved forward and he asked if I wanted a map too, I said sure then asked him what it was… lol. He took out a map and began to circle every location in the Magic Kingdom of Pin Boards! Woot!

Secret #4 Pin Board Locations at MK! I hereby bequeath this map unto you! Click to enlarge! 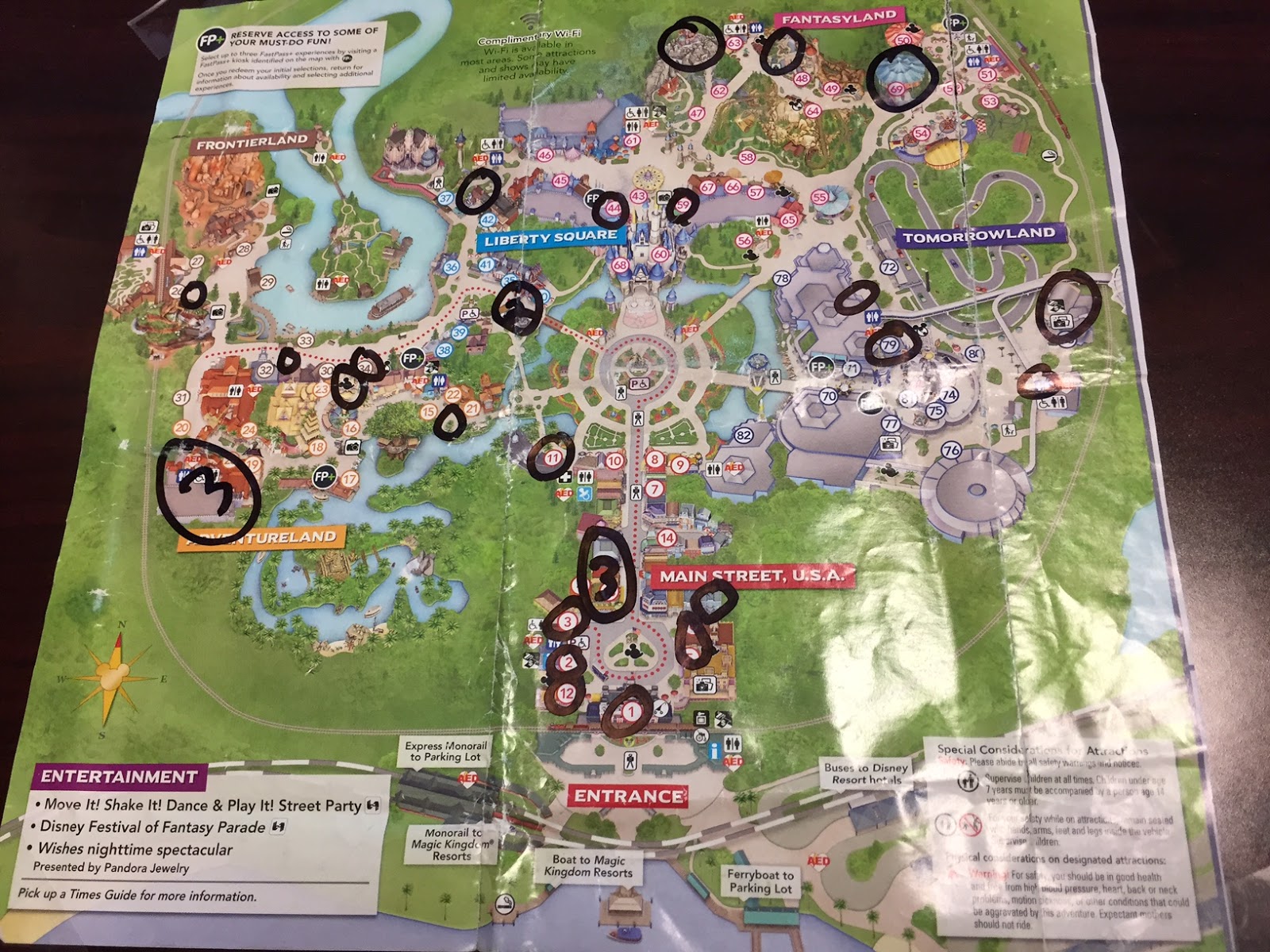 Ok, so these aren’t the biggest secrets in the entire universe but at lease you are not having to click though a bunch of links and ads to look at the article right? If so then this post was stolen off my blogger (accordingtowhim.com).