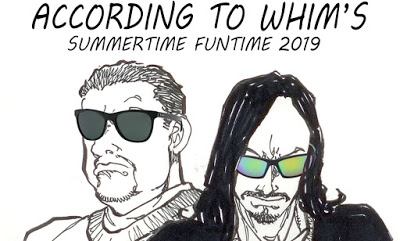 Ahhh, the summer of 1989. What a fantastic time! In Fort Worth, the old Seminary South (open air) Mall had reopened as a modern indoor mall with new arcade, food court, and KayBee toys. It was the place to hang out on weekends then come summer… all the time! 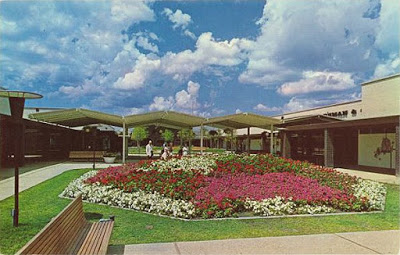 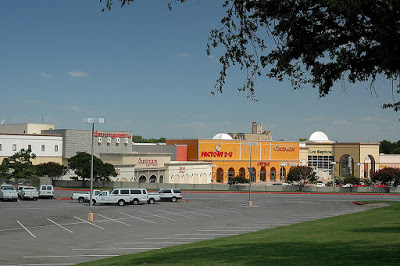 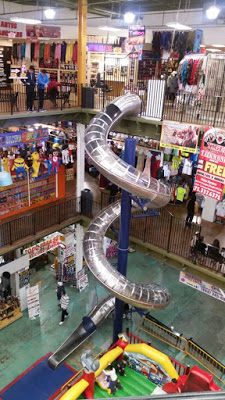 Let me stop for a second to lament the past. In researching this post I did some web searches for La Gran Plaza to see what it has become today. As I was growing up in the 80’s in South Fort Worth, the community was becoming more and more Latino. Town Center Mall didn’t do well and would probably be rubble pile if it were not for Latino business taking over. The Mall is seeming to thrive now-a-days but looking at pictures of places

I spent so much time in as a teen it breaks my heart. I wish all the plces of my childhood could be frozen in time. But heck, this place is some other kid’s memories now.

This appears to be an awesome store/marketplace with a 3 story slide but I remember this as Dillards. A quite, carpeted environment where I would stand (on the 3rd floor balcony) and daydream of stuff involving stunts, aliens, and explosions in that open foyer space. My thing back then was Robotech and this location played heavily in my imaging battles of the REF and Invid, tearing the crap out of the place. I even created an RPG scenario that used this location.

That summer Tim Burton’s Batman hit the screens with a lot of tie-in products including Taco Bell. The food court had a Taco Bell so naturally when you are a kid and don’t have much money, 59 cent tacos were a must. Sure those Batman cups were expensive, but you got free refills and those cinnamon twists!

Batman in 1989 was really the first foray into serious super hero movies and it was the EVENT of the year. I cant remember how often I would go to Town Center Mall but it was a lot! Thus I ate lots of Tacos (and bean burritos) and played lots of arcade games. That summer I even had my butt pinched (in a drive by butt pinching) by this girl in the packed arcade. Man I thought I was hot stuff after that!

And so Batman, the mall, and Taco Bell burnt into my mind as the big memory of that year. I started High School but who cares about that, right?

Nathan Stout blogs poorly but isn’t paid so boo to you.