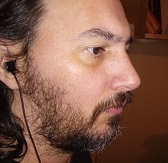 I wrote about the odd practice of
my years playing tee ball where the pitcher would pretend to throw the ball,
and then the batter would look down at the tee and try not to knock the tee
over. It felt worse to knock the tee over than to swing high. I’m not sure why.

I think a couple of years after,
the baseball league I was part of did another sort of odd practice, but it was
maybe a good thing for my self-esteem… wait, am I a snowflake!? Damn it!
I’ll get into that odd practice
in a moment. Here’s a memory that I have about little league in Altus, Oklahoma
back in the day. It was sponsored. Our teams were named after local businesses.
I only remember two of the businesses, and it’s only because they were both
teams I was on. I may be getting the order wrong, but I believe the first was
Smart Olds, and the second was Jimbo’s.
Smart Olds was an Oldsmobile
dealer in the area. This is where I needed to ask my parents some questions. I
had some random memories, but I wanted to make sure they were correct. I seem
to remember that we owned a car that was bought from Smart Olds. I don’t
remember if it was an Oldsmobile though. It was almost certainly a used car. I
think it was a coincidence that I was on that team and we owned a car bought
there, but maybe the sponsorship worked. I remember that Smart was the last
name of the owner, and my mom believes that was the case. My dad wasn’t sure.
Jimbo’s was a hamburger place
that we ate at somewhat frequently. Somewhere in my mind, I thought that it was
owned by our neighbour, Jim, but both my mom and dad told me that it was a
different Jim. Our neighbour Jim did own a couple businesses in the time we
knew them though, and apparently was also our landlord there in Altus.
The pitcher position was done a
little weird, and this is another area I’m a little unclear about. I think that
during the Altus years it was underhand pitching, after the tee ball years.
There was a period of time though where the pitcher was on the same team as the
batters. The reasoning was that they wanted the pitchers to work on accuracy
rather than trying to strike people out. You had to throw the ball hard enough
to get it across the plate, so the only way you could help out your teammate who
was batting was to throw it right down the middle. There was no walking the
batter, but you only got strikes if you swung at a ball, or if the pitch was
good and you didn’t swing.
What I’m unclear about was
whether we pitched that way the whole year, and then transitioned to pitching
to the other team later, or if we changed in the middle of the year. I do know
that my coach was super impressed by be, and one other guy. We pitched almost
every game with a few others rotating. It was because we were both very
accurate at pitching. I was also a really good bowler at the time, but that’s
for a blog post that’s not summer themed. 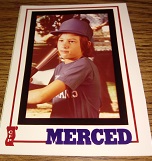 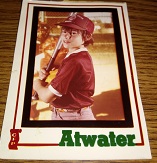 When we moved over to pitching to
the other team, I was moved to the outfield. This was a little disappointing,
because I liked the self-esteem boost of being almost the best at a position. I’ll
talk about my outfield days during my final baseball blog post. I’d like to
finish this off with a story from practice while I was the pitcher.
Our assistant coach was a guy who
must have had his first kid when he was really young, or he was just aging
well. He was doing the catching practice where you toss the ball up and then
hit it to the fielders. This meant that although I was on the pitcher’s mound,
I was bored out of my skull. I was kind of spacing out, because I wasn’t
pitching. The assistant coach yelled, “Centerfield,” to signal where he was
going to hit the ball, and because of the distance he hit it very hard. It
didn’t go to centerfield though. He hit it in a line drive straight at the
pitcher, who was me and who was spacing out. The problem is that it was on a
direct line for my crotch, and it was going very, very fast. I must have sensed
danger, because I suddenly snapped into attention and did this weird swiping
with my glove that somehow allowed me to catch the ball.
I have to admit I was pretty
surprised, and the look on my face must have shown it. The assistant coach just
started laughing, “Good catch,” he said, “that could have been bad.”
Chris McGinty is a blogger who
has five children. He attributes this to fertility to a lesser degree, and to
fast reflexes to a greater degree.