Today I am going to veer wildly off course and cover Tim Mee Toys ‘Galaxy Laser Team’!!!!!! Sure, they aren’t true Army Men but they are in the same vein of toys and I used to have these as a kid and I’d like to cover them.

Tim Mee Toys has re-released these 70’s guys. I used to have them back in the day and I have fond memories of them. If you didn’t know what they were called you will have a hard time finding them on the net. Once I did find them I found out that there has been a bit written about them. 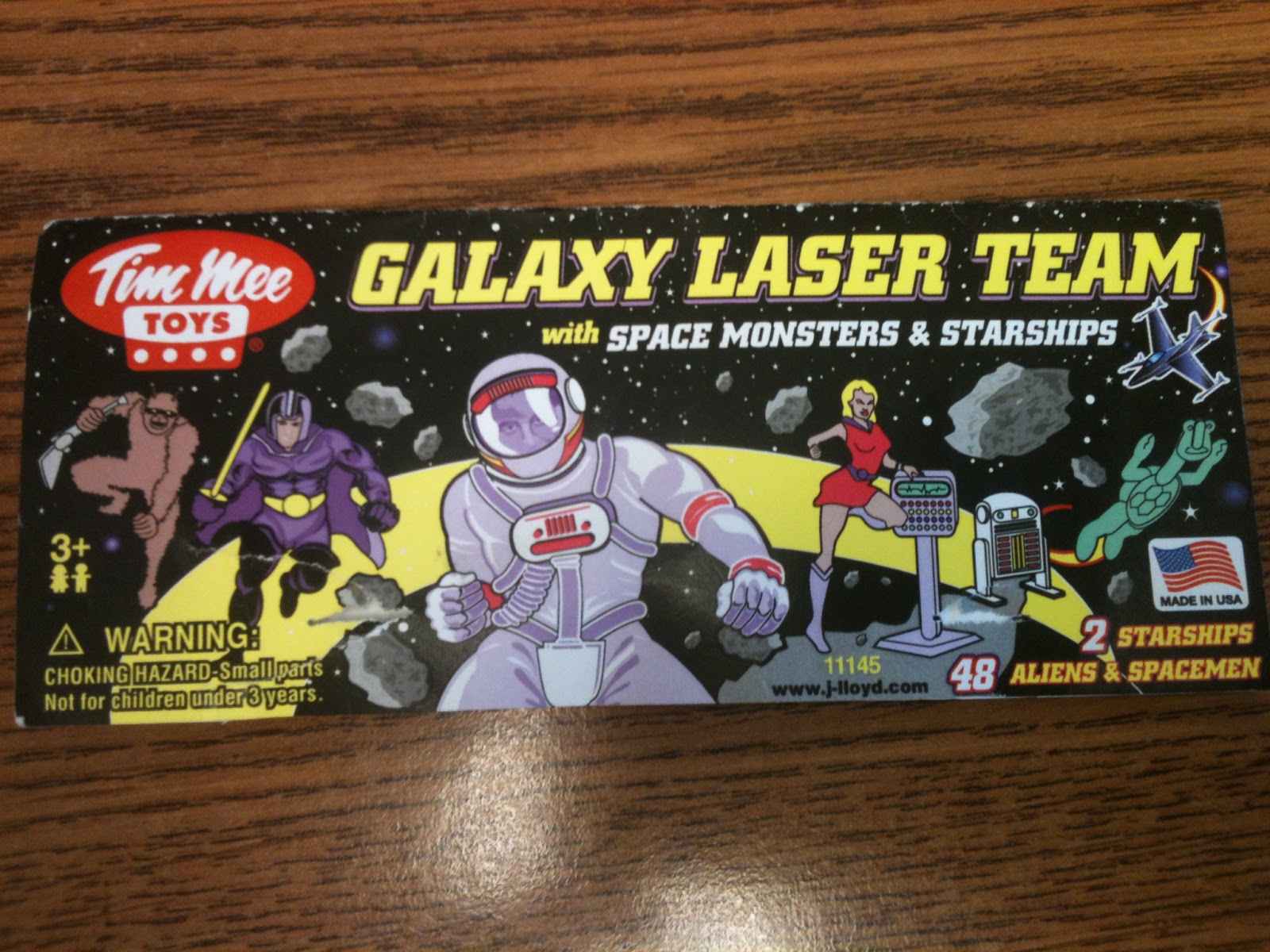 Here is the original packaging (that I found on the web). 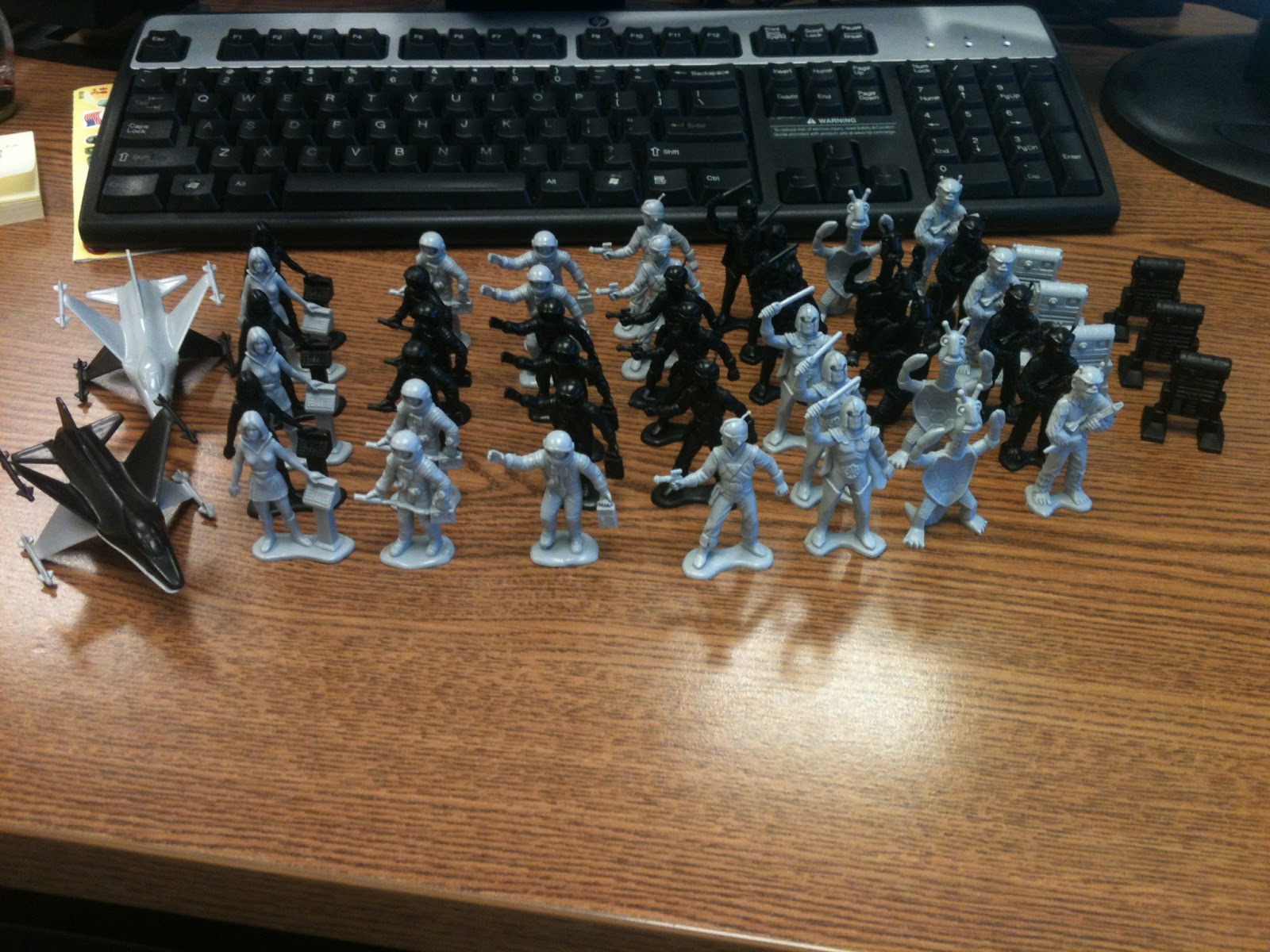 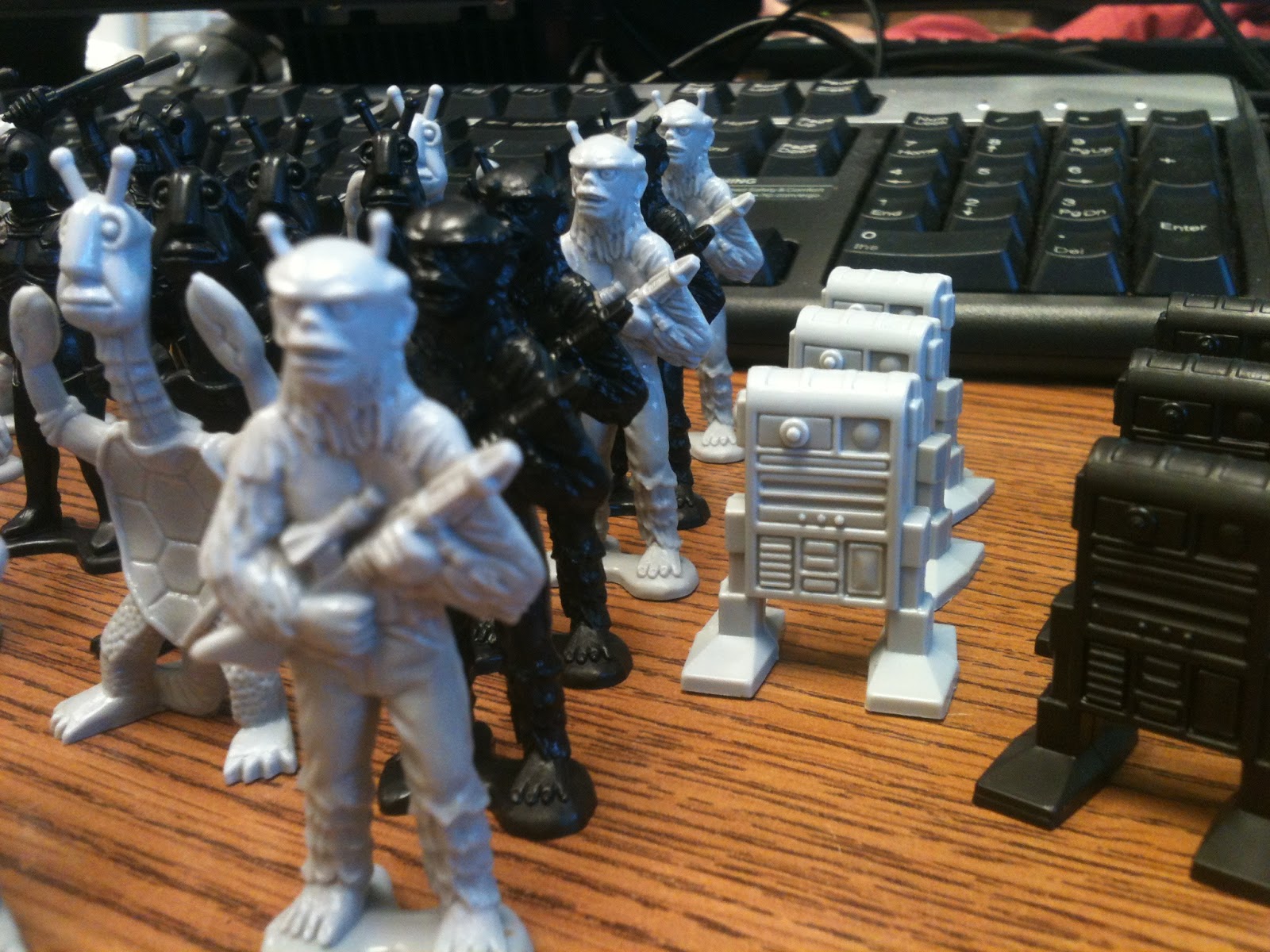 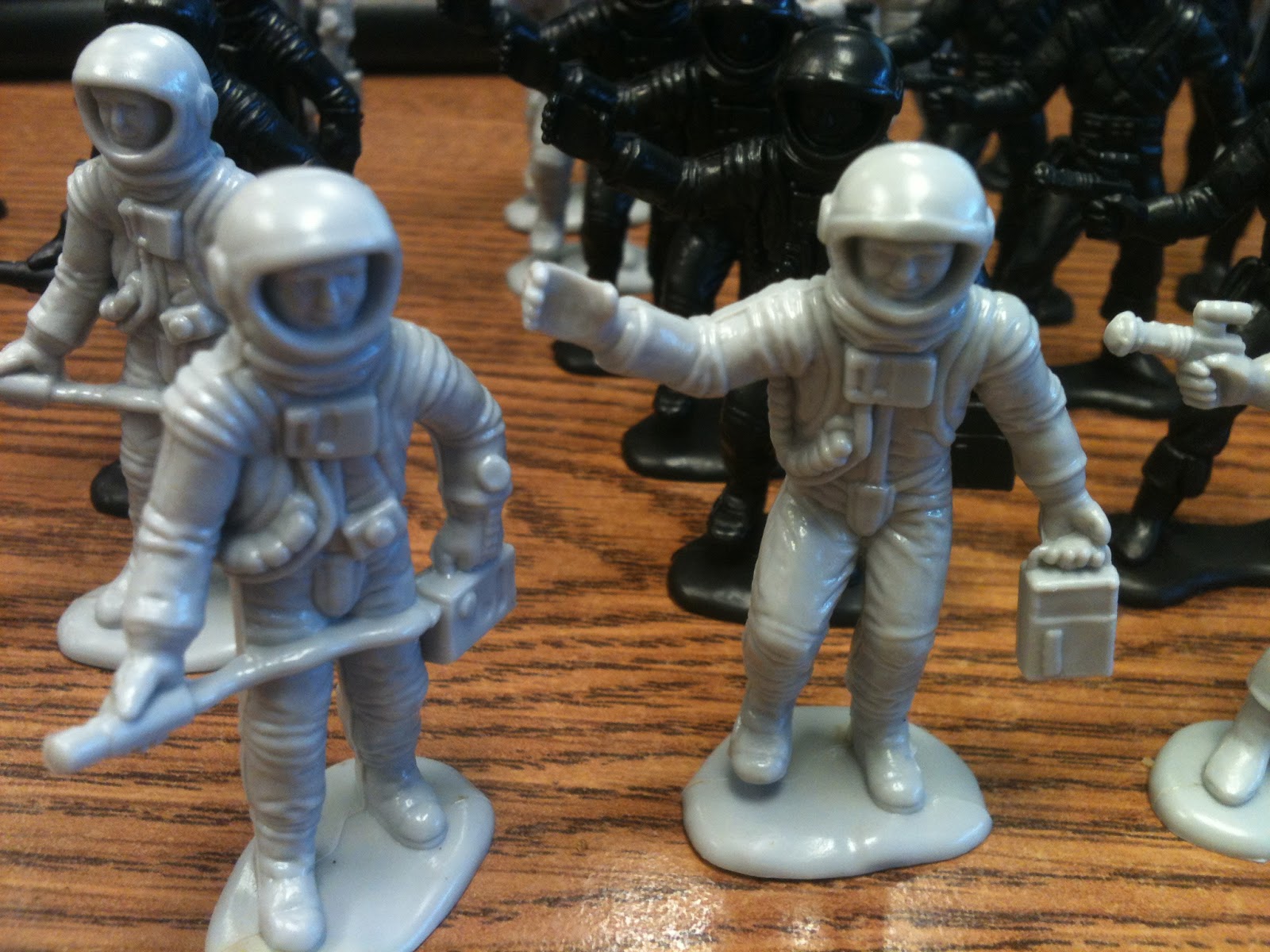 I was never for sure why regular astronauts were in this set. How boooorrrring. Probably a fake moon landing they are preparing for… 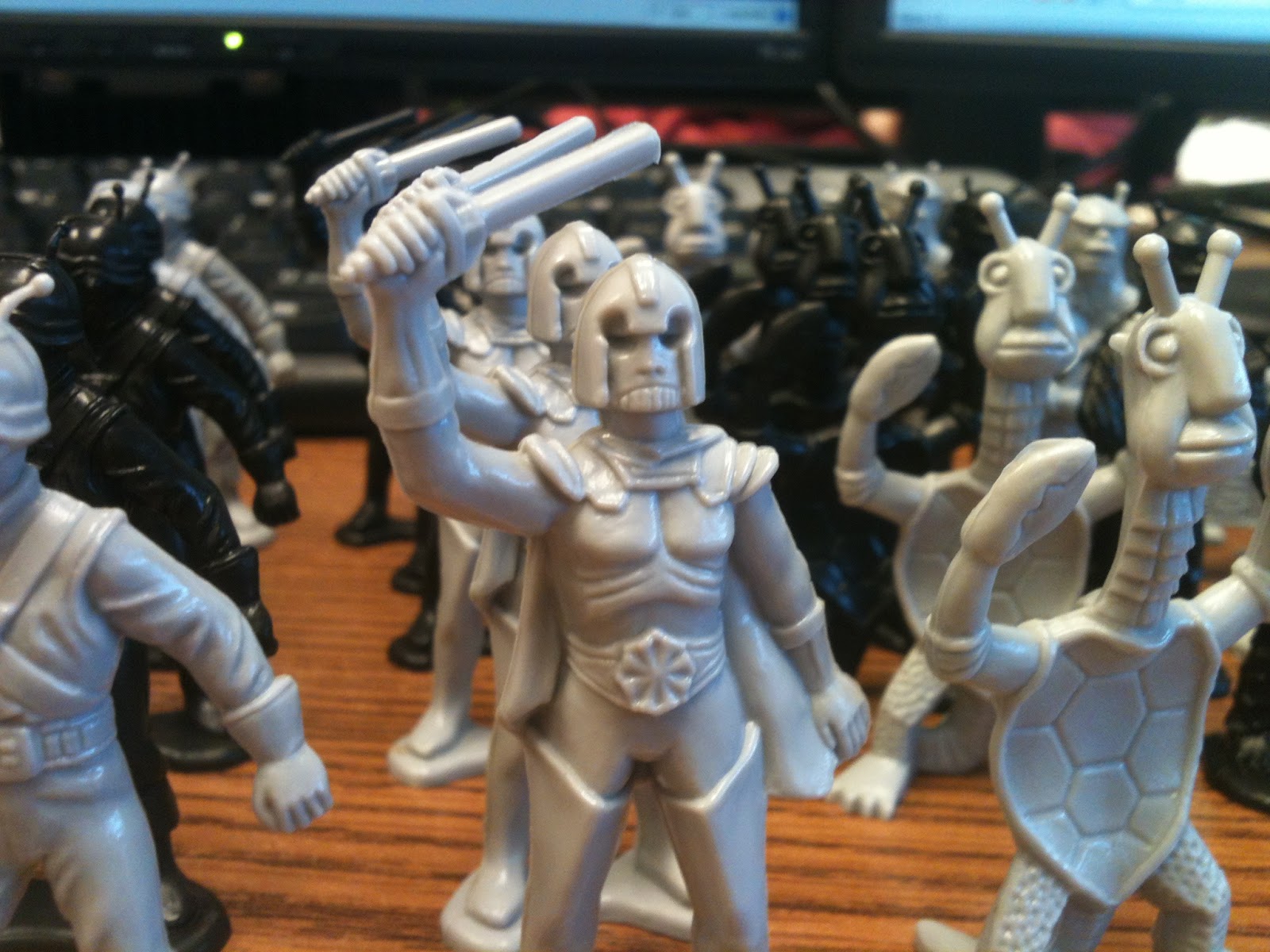 Give me sword-wielding dudes and turtle space aliens any day! 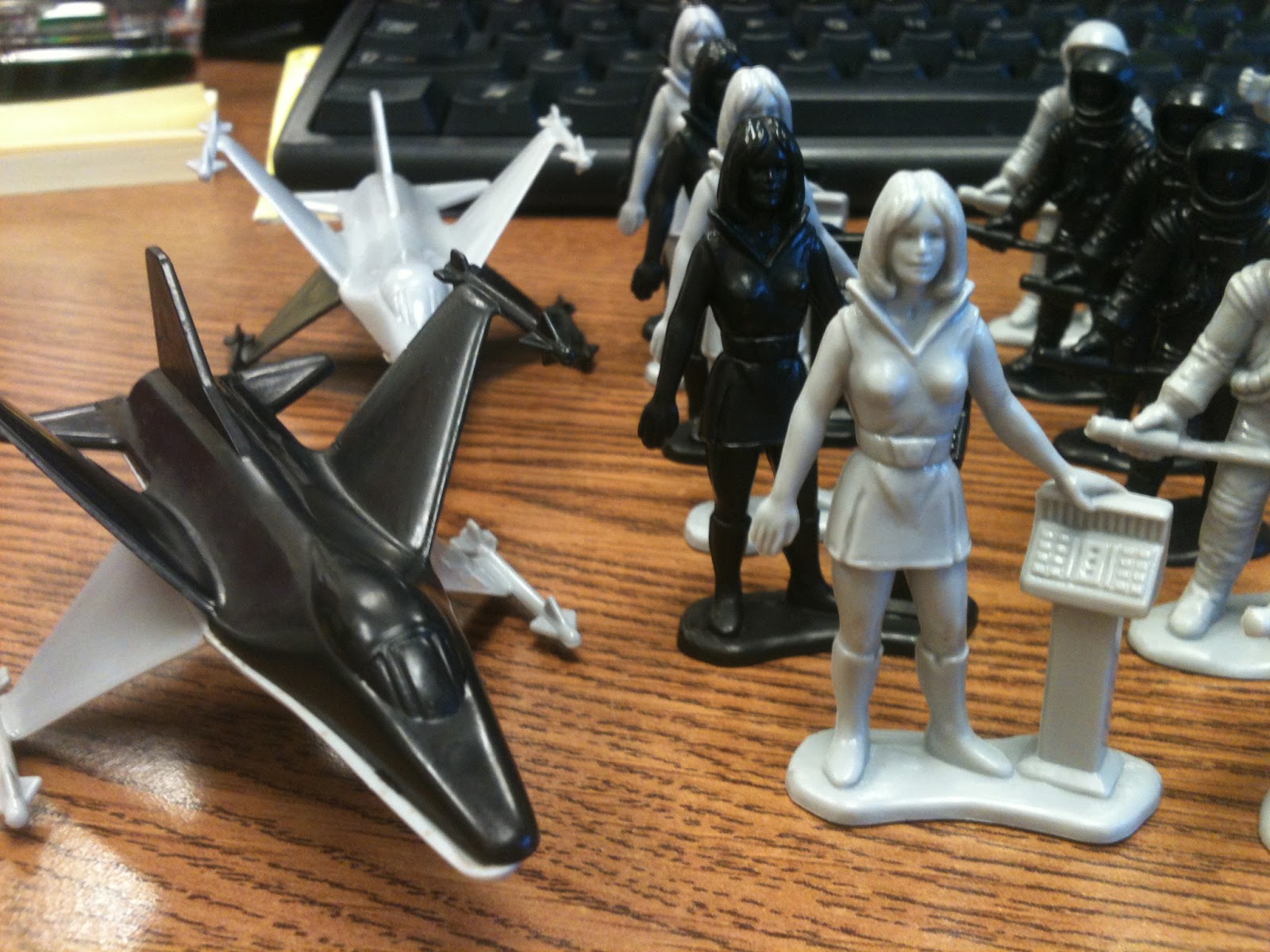 It looks like they took the standard F16 and modified it slightly to make the X-Fighter. Pretty cool. Oh yeah, there’s a chick with a computer… yawn…
There you go. These guys bring back happy memories and nice change from the normal Army Men. I am glad Tim Mee Toys re-released them. You can find these and the original crazy colored ones on Ebay so never fear, they are easy to get.
Here are a couple of links to articles about these toys: